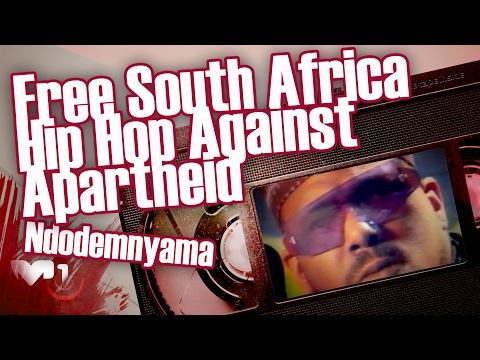 [Brother Jay]
Brother Jay speaks, silly mortals take heed
Protected by the red, black, green with a key
Slaves from the Motherland, boy, what a drag
Especially when royalty's chained by a caveman
A vanglorious way by the colors
Free South Africa and free our Mother

[Professor X]
Mandela, protected by the red, the black and the green
With a key
Sissyyyyyyyy-ah

[Lakim Shabazz]
We're black by popular demand, let's take a stand
Break the Klan and join hands
We got to struggle and fight for what's right
Cause this government got a got grip and they hold it tight
I know your grip will slip, that's if we strive for perfection
In the right direction
Freedom, justice and equality
For you and me, it's plain to see
What we need is black unity

[Afrika Baby Bam of Jungle Brothers]
Yeah
(Alright)
Ah-ha
(Alright)
Yeah
(Alright)
I give it to brothers in the north, south, west and east
Grandfather Bambaataa said I could speak my piece
Grab a few bars and what I say is that
Crush that African Apartheid bullcrap
Poppa had this before you
I got my rifle to your dome, now what you wanna do?

[Mike G of Jungle Brothers]
Think about a brother never havin a say so
When they say come you come, when they say go you go
Eat what you're given and not what you wanted
Limitations on your livin and you still gettin taunted
If the Father of Creation was to come at you down
You'd find a very pleasant home six feet under the ground
Poppa was here before you
I got my rifle to your head, now what you gonna do?

[UTFO]
Dr. Martin Luther King died for the people
Because society wouldn't treat us equal
Racism existed, it dawn on ya?
How would you feel if your home was taken away from ya?
Murdered, beaten, hung, that's a sin
That's in the past - my man, it's still happenin
The three of us, psst, we ain't chokin
UTFO have spoken

[Master Rob of Ultimate Force]
The plan was a scam and those who concocted the plan
Rose up and took over the Motherland
Since it's bloodshed and violence
And those who dare speak out like Mandela were silenced
But it takes but a spark
In the heart and the soul for a man to embark
On his quest for freedom
And if they stand as one, then no one can beat em
Always told when to live or die
But as our babies cry we say down with apartheid
Master Rob and Diamond D
We'll keep on fightin till South Africa's free

[Grand Puba of Brand Nubian]
Free South Africa - well ah
Mandela locked in a cellar
What's the reason? Caucasians say it's treason
Don't front on me cause it's not the type of season
Less than a sec to give some brothers direc'
I add the words and my beat will connect
Causin a trauma more than a bullshit drama
Coma, Brand Nubian suited and armored
Raise the flag, the color's green, black and red
You make a fist and put it over your head
You see, we only came here to pull a rug out
Step to the place, slam it out, back to the dug out

[Kings Of Swing]
Stand up, put your hand up, help a brother
Wave the peace sign, yo, word to the mother
We are the Kings Of Swing rock shockin the rhyme
Yo, to help free the black man in all mankind
I'm glad to get together because the move is strong
To free South Africa in a hip-hop song
You need freedom and justice to correct your sin
Yo Mike, what's the true colors? Red, black and green

[????]
Treat people like people and animals like animals
You eatin people's freedom, you worse than cannibals
There's something I think you should know
Fuck you and let my people go
You don't like us? So what, we don't like you
They say we're racist, ah-ah, it's not true
Look in the mirror, can you see the light?
I know you could cause your ass is white

[Queen Latifah]
Praise me not as a queen of a queendom
Who took a few slaves for they were weak and I seen them
I'm an advocate of positivity
I wrote this rhyme to show the blind creativity
We demand our freedom, you promise ifs, ands or maybes
Cut us no slack and still kill our babies
The time to tolerate apartheid is over and done
So watch the world say the black man won

[Lin Que]
Apartheid - white supremacy
Nelson Mandela - damn, let us be
Segregation degrading to the black man
It's not only the problem of South Africans
My attitude towards whites turns sour
We must join hands and get with the black power
Lumumba, Professor X, The Overseer
The Blackwatch is protected by the leader

[Professor X]
Vanglorious, protected by the red, the black and the green
With a key
Sissyyyy-ah

[Lin Que]
Buried all my bones in the sands of the Motherland
Our fate in the hands of the white man
This involves more than separation
The white population occupies supremacy
Stripped us of our dignity and our identity
And our humanity, why such insanity?
What kind of world are we livin in?
Jugding one's worth by the color of a skin

[Arthur X]
Well, I'm Arthur X from the Nation of Islam
Preparin to drop another big bomb
I know what time it is, I see the picture
And you will too if you understand scriptues
Botha, you walk the wrong path
The time has come for you to feel the wrath
Can't sleep, can't wait, no time to rest
Cause Allah has always been on the side of the oppressed