Lyrics to Nature To Ride 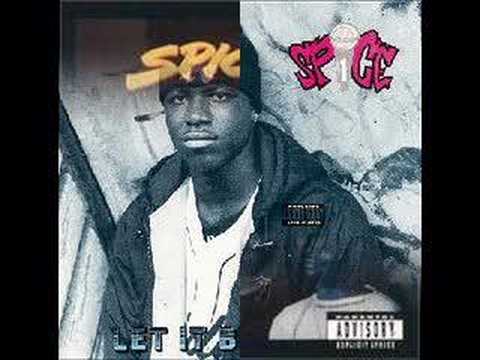 [Verse 1:]
As I wake up in the morning wipe the sleep from my eyes
I realize I'm alive, another day I survived
To see the sun rise again, lord guide me in
The right direction, give my daughters to your protection
Keep correctional facilities away from the homies
We can't be locked up, use to goto funerals glocked up
A thug sheds slugs instead of tears when he cries
Throw some chronic in his casket to say his goodbye's
Drive-by's on the block all my niggas is gone
The only people making money is the funeral home
See, diein' ain't no kind of way to make a livin'
And the people at that old graveyard making a killin'
While a thug sheds slugs instead of tears when he cries
Don't be too quick to judge, it's in his nature to ride
Nigga when thugs cry tears of bullets flood the block
Hit the enemy with a flurry of sh-shots, BLAOW!

[Chorus: x2]
They don't know, this is thug, nature to ride
This is what it sounds like, when thugs cry

[Verse 2:]
It was me, my big sister, my mama and cold flows
In the projects of Fillmoe, pimps and hoes
Even though a nigga parents split up when I was one
Lord bless my daddy for steppin' up and raisin' his son
Handing jewels to an innocent child, sharing pain
I was young but now I'm old enough to embrace the game
I love my mama cause she kept me from goin' hungry and starvin
Taking care of me, but I wouldn't listen I kept mobbin
In the streets, lost in the belly of the best
Like demons on our corner ridin' strapped with heat
In this cold place, leave you sleepin' with no trace
I got homies that been hit by a killer with no face
A thug sheds slugs instead of tears when he cries
See struggle in the reflection of hate in his eyes
I know my thug angels watchin' me wherever I go
I know Pac see's me ridin, and my daddy fa sho', BLAOW

[Verse 3:]
How long will you mourn a nigga that's in the grave rotten
Wanna say to all my soldiers that's fallen, ain't forgotten
Ridin past the cemetary all I do is remember
When we hustled in the winter it was cold in december
But we kept grindin' rain or snow, steady smashin'
Til the cops came and you swallowed some dope without the plastic
We was babies didn't know reprecussions of our decisions
But we learnt from eachother, even though you no longer livin'
My heart felt cold, my legs got weak
When I was watchin' that ambulance from across the street
Police and task-force, feds all on the scene
And I knew it was over when I heard your mama scream
All I could do was run home and tell my mama I love her
Say a prayer to God and tell him bless my young brother
Cause a thug sheds slugs instead of tears when we cry
Throw some chronic in his casket to say my goodbyes, BLAOW!