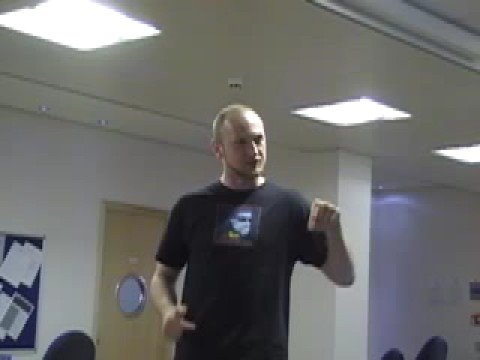 "Whoever is lead to believe that species are mutable, will do good service by
conscientiously expressing his conviction, for only thus can the load of prejudice by
which this subject is overwhelmed, be removed."

So, what do you know about Natural Selection? Go ahead
And ask a question and see where the answer gets you
Try bein' passive aggressive or try smashin' heads in
And see which tactic brings your plans to fruition
And if you have an explanation in mind, then you're
Wastin' your time, 'cause the best watchmaker is blind
It takes a certain base kind of impatient mind
To explain away nature with "intelligent design"
But the truth shall set you free
From those useless superstitious beliefs
In a literal Adam and Eve, and that Edenic myth
'Cause their family tree is showin' some genetic drift
Take it from this bald-headed non-celibate monk
With the lyrical equivalent of an elephant's trunk
It's time to elevate your mind-state
And celebrate your kinship with the primates

"The view which most naturalists entertain...namely that each species has been
independently created, is erroneous."
Charles Darwin, Origin of Species

Okay, it's time to reveal my identity
I'm the manifestation of tens of millions
Of centuries of sexual selection, best believe
I'm the best of the best of the best of the best
Of generations of competitive pressure genetically
But don't get upset, 'cause we've got the same pedigree
You and I will find a common ancestor eventually
If we rewind geological time regressively
And I could say the same for this hibiscus tree
And this lizard and this flea and this sesame seed
And if you still disbelieve in what your senses perceive
Then I could even use this rhyme as a remedy
'Cause there's so much variation in the styles in this industry

And differential survival when the people listening
Decide what they're into and what really isn't interesting
You could thrive like Timberlake on a Timberland beat
Or go extinct like Vanilla Ice and N'Sync
It's survival of the fittest, but fitness is a tricky thing
It changes from place to place and from winter to spring
But the real question in this social-scientific simile
Is heredity, whether we inherit our techniques
From our predecessors, or invent them independently
But then we're talkin' memes and that's a different thing
Richard Dawkins can I get a proper definition please?

I hear some people complain, like "I don't wanna be an ape!
I never came from monkey DNA!
I believe God made me in a day - Jesus saves!"
Yeah, he's great, but stop bein' afraid
To use the reason "he" gave you to let science solve
Some giant problems and find some final results
I think it's time for y'all to let your minds evolve
And listen to a different kind of silent call
The kind that comes from pine trees and not Pinesol
I'm talkin' about the mystical vision that Einstein saw
Wondering at the infinite depth of divine thought
And realizing that scripture can never define God
'Cause if there is a personal God, then he's been jerkin' off
So why would he bother designing an albatross
Especially when natural selection does such an excellent job
Just by balancing benefits and costs?
I say banish God into the gaps
If he can't help us understand the simplest facts
I want a relaxed God of infinite naps
We'll be all right without him, just give us a chance