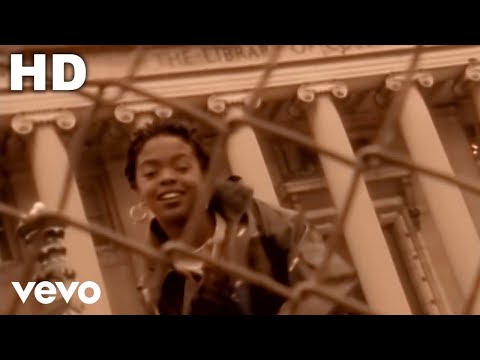 You maintain to put a negro in pain you used to diss me
"You sure you wanna hang with old Eddie Kane?" (+The Five Heartbeats+)
Ain't nuttin wrong, so snap your head to the song
Word is bond, you get wrong, I'll have you sing like Louis Armstrong
And I say to myself, WHAT A WONDERFUL WORLD
But what the fuck was so wonderful bout pickin cotton -- on a farm?
The harder they come, the harder they fall, so come one come all
Don't stall or I'ma stick you like a voodoo doll
Doors locked stop draw for the count, who drops?
Ten-nine-eight-seven-six-five-four-three-two-one-
-you-slept-on-a-kid-from-the-boondocks
Out of Hooterville land of the ill kill
Bellsburg Viking so you know I'm top ranking Phil
Some say newcomer like the yuma but save the rumor
Cause I've been rockin ever since eighty-three
when I used to rock my Pumas
Rap, narcotic psychotic so hear the sentencin
One out of ten, I'm passin the mic next time I'll get WICKED
Heard the man who went before, got intimated
You tried to gas me up, too much gas, you got intoxicated
You wasn't ready for the real'n, dealin, chillin
Wyclef, no competition when I'm bringin pure death
I'm jumpin like a monkey to get mines off
a-from a caterpillar, to the mic moth

[Pras]
You put, one and one together now you think you a rapper
Baseball cap backward, forearms swingin like a hip-hopper
You do the rhyme, thinkin no one can stop ya
I be the followin that chop ya down as I clock ya, hah
When I say five-oh, I mean fifty not guns or cops
Now here's the heavyweight knocker, the freedom fighter
Natural rhythm rock a mic I always rhyme I'm never drinkin vodka
Any old style, I throw it in a locker

[Lauryn Hill]
Well I'm a Gucci rocker, I never drank no vodka
Me got no bag of cheeba cause I never had a knocker
My cousin's name was Shaka, for short we called him 'Aka
I flip it on wack MC's because to me they flow like caca

[Pras]
You boogie move the groove, nothing to prove you lose
Your style remind of yesterday, old news
Sad sung blues who's, chose the one to feel the pain
or bring the cane, tick-tock I come to pick your lock
It's not for capital gain
So watch out for the remain, or cry from bloodstain
Bustin nuts, bustin style
Gettin buckwild some think I'm the descendant of a wilder child
Comin on the mic, from a higher level
Broke is no joke/choke the hell out of the devil

Yo who got the power, to make a man raise from the dead?
Some said that it was Jesus, they said he was a notty dread
But I don't mean to confuse a world that's confused
Mind's atomic, so like a bomb, let me drop it
Can't get too deep, cause some sleep while I wake
in a dream that's made of wine but let me bring it back to grapes
Teacher, explain the parable, it's simple:
It's easier for the camel to go through the eye of a needle
than for you to enter the kingdom, or battle
and walk away, with the title when I get, brutal
Feelings are mutual so sign your life, to Prudential
Don't even flinch, the other becomin spiritual
There's six million ways to die but choose four
cause I can still be in the desert buttnaked and be HARDCORE!

[Lauryn Hill]
When ? checks that means pump your fist
Remember Moses people, this is Exodus
Don't try to stop this, the force comes from Genesis
Them who did us wrong, ask the Lord for forgiveness
The man got a drum, made the land of the dumb
We droppin the bass drum, then we ??
You can't kill the battle with a ?? .. feeling Joshua
So march to St. Lawrence
Yo march I got your back, march!