Lyrics to My Story 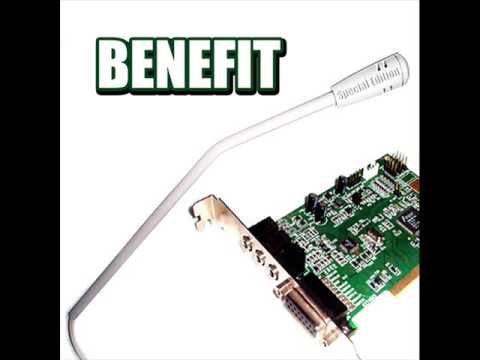 Once there was a little kid named Benefit
Walked around town with a frown, face down, lookin bent
Had problems inside, his little sister just died

Keep your head up little man, all you got is your pride
He said "the world doesn't want me, and neither does my daddy
He'd rather get drunk and puff blunts then have a family"
That's real, and ain't nothing realer then that
The world is much colder then the steal of a gat
But yet he moved on, he fought to stay strong
In this cold world, to stay warm he put a jacket on
Made of 100 percent pain
The label said the only way to wash it was to stand on the rain
But he still was cold, the other kids were old
All he really wanted in life was Jordan's and gold
Then he'd be set, getting fine girls in berrets
See him with a boom box and fat boys cassettes
If he got into a fight, he'd throw down
But he's a little skinny kid, about 70 pounds
And he had a loud mouth so nobody stepped to him
But I guess if they would've, well I guess that he'd do 'em
But it didn't get to that, this little aristocrat
Tryin to live phat, smashing mail boxes with bats
Runnin wild through the streets, his mouth would make peace
Used to play football in mud with baseball cleats
That's the life in my memory inbedded in my brain
As he started growing, things started to change

[Hook]
Who has the right to know?
My life's a standing flow
Who can say, what's right or wrong for people?

As Benefit got older he started to realize
Everybody's smile was just jealousy in disguise
If he turned his back, how is that, a knife would be in it
Draw my face-to-face in any place, no one would begin it
If they knew, what this kid had been through
Nothing nice, ?fest? sacrifice off of lifes menu
But things lately, were starting to get crazy
And if they stuck around maybe, his mom would lose a baby
So they broke out, headed down south on route
This kid was still actin wild, thought he was tough no doubt
Dealt a difficult hand, but he had to play with it
Emotionally disturbed when the kid never quit it
Immediately took charge when in his new neighborhood
Makes me laugh thinkin when he made forts from wood
And if anybody touched 'em, then that's the razz
If anybody frontin, to the creak they get cashed
In school, everybody sayin "who's the new kid?"
"I heard he's from Chicago, last week know what he did
Such and such," that's how rumors get started
But at lunch acting all retarded eatin Capt'n Crunch
Thought he was funny, little dummy makin a scene
Lookin happy on the outside, but inside mean
Lotta anger built up, from things in the past
Such an unreal life, reality hard to grasp
That's the life in my memory inbedded in my brain
As he started growin, things started to change

[Hook]
Who has the right to know?
My life's a steady flow.
Who can say, what's right or wrong for people?

He moved again, now his moves totaled thirteen times
Started gettin serious, writin serious rhymes
He began workin, hustling the company
Pockets full of cash, now every day a shopping spree
Got away with it, finally got caught and ?bullshitted?
They didn't fire 'em, instead the job he quitted
His life is slowed down, different then in the beginning
Only worse, cause little bitches had him sinning
Fell in love one time, maybe twice, who knows
Only problem was the girls weren't nice, but hoes
It was a big mistake, messed up the kinds mindstate
The trade? his best-friends for nice ass and a date
Wait, what's goin on here? the girls left him
Now he's scarred from left ear to right ear
That's his whole brain, now his lights are gettin dim
Cause what he did to his best friends, happened to him
Now he cares about nothin, feeling sick everyday
Thank God, eventually the pain went away
Now he's grown mad, then he ever has been
Up late at night at home, his only friend is his pen
Writin angry to get out frustration out through poetry
Treating girls the exact opposite of noblely
The struggle continues on, documented in every song
Made it this far, confident he'll live long
That's the life in my memory, inbedded in my brain
And it's true as he grew, things did change

[Hook x3]
Who has the right to know?
My life's a steady flow
Who can say, what's right or wrong for people?