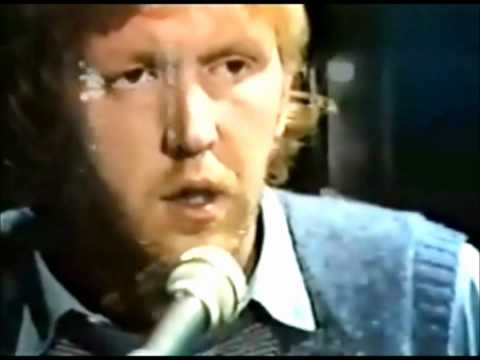 When he was young he sang in a band and the fans all looked the same.
The fans he had were younger than he and they loved to scream his name.
They'd leave at the end of the third show, go home to talk of the fun . . .
Well isn't nice the parents would say, well isn't nice you've got someone,
Someone to idolize, he must look twice his size.
I think it's great your going through a phase.
And I'm awfully glad it will all be over in a couple of days.

Well the calendar changed and the pages fell off, but the singer remained the same.
And he never grew tired of singing his song, and the fans still called his name.
They'd leave at the of the second show, go home to talk of the fun.
For most of the fans were married by then, so they had to be in by One.

"One is the loneliest number that you'll ever do . . .
Two can be as bad as one, it's the lonliest number since the number One.