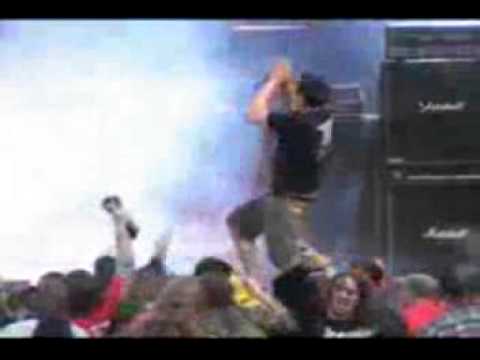 Khakis, gloves and golf hat - T iron, lemonade and tea
One sunny afternoon Mr. Palmer was golfing near Milwaukee
Made a drink that filled a man with fury
If Mr. Palmer only knew what was to happen the next morning
Full speed ahead - Straight into the blender
Where to put his head - Straight into the blender
Now Mr. Palmer was just a tasty burger for Jefferey but during eating lunch
He had nothing but to drink but then he remembered Mr. Palmer's canteen was in the sink
He drank it up and after all enjoyed it going down