Maybe You've Been Brainwashed Too Lyrics

Maybe You've Been Brainwashed Too

Lyrics to Maybe You've Been Brainwashed Too

Maybe You've Been Brainwashed Too Video: 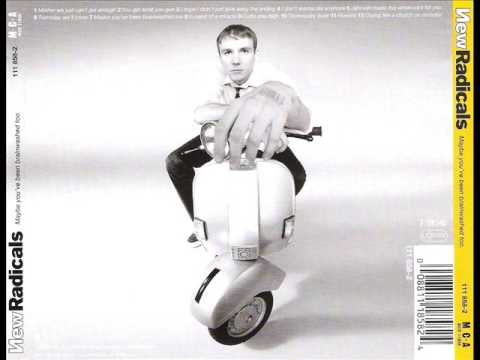 Consider the fact that Maybe Youve been brainwashed too
Many will tell you otherwise
I bet you trust your bank
Just wait untill it tanks
Your parents had it planned
We're almost like them?
Fun, racist professional sports
Management gets the real rewards
Multi national owned evening news
If we believe we're fools
You watch 4.5 hours of t.v a day
And we should listen to what you say?
Opinions on life and the world
You eat at the Hard Rock abroad and you disrespect your girl
Sexism is so ingrained
that women get the blame
Is it smug middle class satisfaction you peddle?
Better hope your car don't breakdown in the Ghetto
Rich companies lobby best
Use their products, prepare to lose a breast
Why your sick mothers health insurance got
"Accidentally" cancelled is no mystery
Somebody's paying the government a lot to have access to everybody's medical history
Greedy banks bought all the farms
Chemical food, aren't our lives charmed
Teenagers baited, their money spent
With credit cards at 20%
Too broke to worry about the loan
Their funkin turning off your phone
And politics, a f***in joke
Right and left-they're both a hoax
Just hope the "international" markets don't crash!
Rock N Roll! Some truth? Alas!
Careerist cowards sucking ass
Is real investigative reporting dead?
Of course, but keep watching your CNN
The glitz, the glamor, all jokes aside
If a sponsor pays enough, they'd turn a blind eye on third world genicide
"Bro, don't get heavy, the bills are paid!"
Twice a week (missionary style) we all get laid
Middle management goes first, your out on your ass
Most ignorance is bred at home
Good Christian families? then why condone
Petty hatred of anything different or new
The fat girl hung her-self in June
No love at home, they thought she was strong
Her classmates made up her own song
"Piggy Peggy ate everyone's pie"
The kids moved on, one teacher cried
The kids switched targets the week after she died
Well? human nature wont change much
Unless we make a shameful bunch
Of those we see so glaringly
Who show hate, ignorance, and hypocracy
Don't be a coward-make a stand!
Get in their facae-act like a ham
Let people know it's not PC
To be greedy and judgemental under the guise of religion and democracy
Get loud and stand up every time
If you give a f*** about man kind
Cuz if human nature don't evolve soon
Don't kid your-self, you're f***ing doomed
Don't run away from change and growth
Let's start right now, "I take the oath!"
But first accept one simple truth
That maybe you've been brainwashed too
So cynical, so hip, so full of s***, they told us to shut the f*** up and write another hit