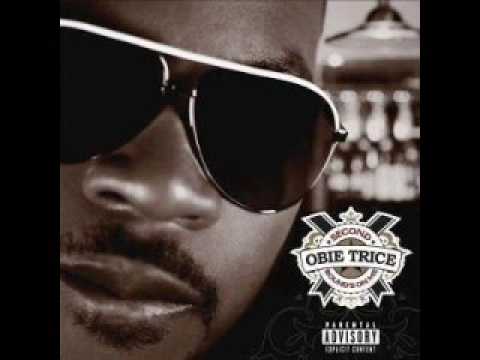 [Obie Trice]
They say "Why you so defensive?" I take that offensive
Comin from the shit that I lived in
You wouldn't understand him unless you eyewitness
Chillin on the block where vacant lots are given
Women and children missin, men in the picture
Cause niggaz hit up sittin down and some sinner
Get a kite with a flick of a chick he once hit up
Ridiculous but that's us niggaz
On the corner from dusk 'til dawn
'til that shit Whites brought to America's gone
Be a Good Samaritan, my heritage was did wrong
So all that sufferin that's just prolonged
Long as you're knowin that that strong-arm robbery
was brought on from this society deprivin me
This brings violence if you're not survivin my environment
Don't expect ya to be drivin in

[Obie Trice]
Mama worked 37 years in the plant
34 days she missed, that's where I get my grind at
Her lil' nigga, see her as father figure
Even though she got hips and tend to bitch up
Show me how to maneuver snakes, false niggaz
Eleanor Trice, one real sister
Raised her kids up to be go-getters
Now a nigga living room big as a Amphitheater
Get the theater nigga, I'm from the hood
So at times I see the mirror and tell him he doin good
Keep up my spirits cause niggaz want him destroyed
But that's null and void when it comes to ya boy
I'm from Detroit, Shady employee
I'm on a voyage tryna get more than royalties
Niggaz I'm royalty
That's why your bitches spoil me, O. T-R-I-C-E

[Obie Trice]
I got visions of makin executive decisions
But this system tells me to be realistic
You can't do shit with C's and D's
I could do the work, I'm just interested in makin cheese
So your schools can't control these G's
He got his own rules and do whatever he please
At ease to my soldiers that's feelin Obie
Long as I know my 1-2-3's I'm flippin O-Z's
A nigga can count like an accountant
Only difference is it ain't checks that'll be bouncin
It's pow-der, peep what he's pronouncin
Now he lives next to the teacher that denounced him
Doubted him, now look at the child's outcome
Duece album got him speakin highly in volume
I assume I'm valuable, they throwin in the towel
Bow whenever they see him roll in that Diablo