Lunatics In The Grass Lyrics

Lyrics to Lunatics In The Grass

Lunatics In The Grass Video: 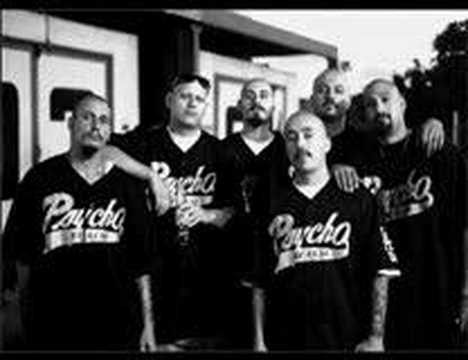 Straight from the Psycho Ward
Once again

Psycho from the ward, a warning, a fucking scandal
Lookin' around, paranoid devoid the funk banner
In the combat, the banana leaf control
A sea, bring a pound of weed and get sold
You going crazy, can't understand
Why you never face me? Don't foil the plan!
Head-to-head combat, I'm on that mission
You wishin' to disappear? Some mission is closin' near!
Sick-o!
Strumming through the hall, yes y'all!
Hear the call to the D.A., fucking D-E-A
They all wanna raid my spot and take hits
But I'm breakin' that L.A. Law like Jimmy Sprits
Insane, crazy in the head it's lead!
I'm loco, 'til I'm dead, enough said!
Actions allowing the words to barrage in
From having all the way down, to the depths of Hell
You hear me? Lunatic in the grass, lost
You a psycho, like my nigga Jack Frost?

Looney, lunatic turned sick
Psycho, crazy in the head, I go
Can't keep my head straight from the laws I break
You too, y'all twistin' up my mind state!

For those who really don't understand
Why we, going insane, just acting crazy!
Buggin' now from, all the things I see
All tread bad and I meant in 3D
We be the psycho doers, turned killers
Only to survive all these street cop killers
I'll tell ya now, nobody's everlasting
Even if you try, but you laugh it won't be subtracting
It ain't no thing but mad
You better give it up, you steppin' to a psychopath
Game over, I'm intoxicated, never sober
When one steps up, I'm poisonous like a deadly cobra!
The only reason why I say this
Is because y'all breakin' this (?) got me tripping
One can only maintain, for so long
'Til all the screws in your head are loose and worn
Now you're the (?) straight psycho remain nameless
Only known from crazy acts, making you famous

I'm the locust pocus, tell me how you feel
When I smoke that motherfucker coming for the kill!
If the criminal element, unfolding
But the reckoning, brings settling with the metal shit
Breaking out the .45 sick, to get live
If you arrive, don't get nervous! You wanna surface
Sick, insane in the brain, I'm trippin'!
I'm sippin' on the wine, it's all in the mind, flippin'
We dippin' now, you make me wanna shout
Talk about, my mental state
Think I need to rehabilitate
Wipe the slate, look inside your fate, can't wait
But don't you motherfuckers can't come in the gate!
Get your ass on, you pass on, we blast on
The gats armed, shitted on the last one, c'mon!
Psycho assassins smashing your membrane
Lunatics in the grass, feeding it to your vein!