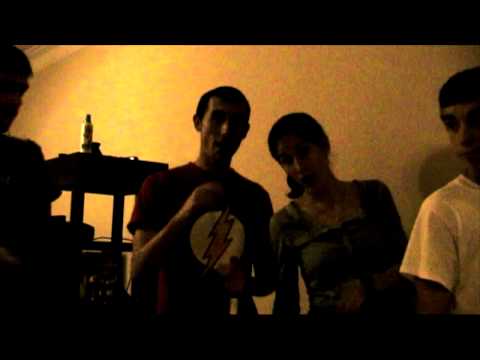 Let's get Ricky with it.
He's into aviation and scientology.
He's been my fascination ever since that movie Grease.

It's become an addiction I get the fever every Saturday night

For urban cowboy and pulp fiction, boy in the bubble makes me cry.
Phenomenon and face off earned him critical acclaim.
I'd love to live his crazy life, have his fortune and his fame
And a few of his old flames.

Wish I was john Travolta livin' like John Travolta Ah, ah, ah, ah-choo
Tried to make it in New York city just like ole Johnny did
I got a part in a bad big movie that film was a piece of sh(bleep).
Welcome Back Kotter Barbarino was his name.

With Horshack, Juan, Washington those sweat hogs were insane,
But I love him just the same.
But no. High school I dropped out livin' like john Travolta.
Put on a few pounds livin' like John Travolta.

There's greased lightening in his pants.
Quentin Tarantino pulled his career out of the drain
Maybe he could do the same, for me.
Pants legs flared way out. Livin' like john Travolta.