Lyrics to Live This 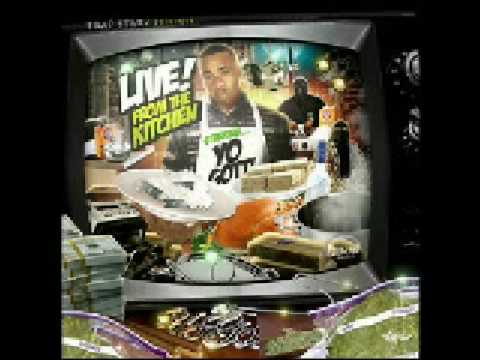 Yeah.. Eightball the Fat Mack (yeah) Space Age representation yaknahmsayin? Sittin around thinkin.. Yaknah'm talkin bout? (yeah) [Verse 1] I was twelve years old when I sold my first stone Thirteen when I bought my first gold herring bone MJ knew how to cook it up, and I supplied the kitchen My momma was at work and never really paid attention Bitches comin in and out, fuckin, gettin blowed A couple of my niggaz like to dirty up they nose But I was never into that, I really loved the chief hay Pipes with them white boys, them blunts when I'm around the way Never seen nothin other than them streetlights Late at night, trife niggaz be out gettin hype Ain't no tellin what a young nigga might see Might be, when he grown up in the inner city Everybody got they own shit they dealin with (uh) E'ry muh'fucker livin should be feelin this (uh) Money ain't the only thing that bring a nigga joy But when you ain't got it mayne it be so hard [Hook - 2X] How many niggaz live the shit they spit? (..live the shit they spit) How many niggaz spit the shit they wish? (..spit the shit they wish) They could get, when they blow up and get legit (..blow up and get legit) How many niggaz live the shit they spit? (..live the shit they spit) [Verse 2] Tell me nigga if you feel what I'm spittin to you Is any of this shit sinkin in and gettin to you? I've been on the road, hustlin for ten deep In yo' city on the backstreet gettin weed (uh) Fuckin wit niggaz that don't even know how to rap Niggaz that go to every fight and shit like that And don't trip nigga, we ain't got no beef (uh-uh) And no beliefs in nothin that we can't see Except God, I pray to him and he be right there wit me He make it all good, even when it ain't pretty Every nigga got they nose in my bankroll Rollin over with these hoes in my night clothes (uh) Late night shows, gotta get it how we come On the bus, on the plane, know we push some (yep) Now you gotta get nigga so I gotta get it (gotta get it) If you ain't got it yet, nigga you betta go and get it [Hook - 2X] [Verse 3] Rap, dope game, Lil' Ki' told me that It's for real if you look at how a nigga react Look - dope makes cash (uh-huh) CD's make G's (uh-huh) Dope getcha locked up, CD's getcha free (uh-uh) You might think that if ya don't know the game (uh) Them niggaz rearranged but the game stay the same I put it in my head and I locked it Loaded up my mouthpiece, cocked it and I popped it Brrrr.. bulletproof nigga cain't nuttin stop this Everybody gettin hit, when I start to drop this Watch this (uh) big, fat, overweight, Space Age, black-ass nigga, lookin fly on the front page (uh) Gotta love it when you see it cuz it's all real (yea) I done seen niggaz lie still and get killed (uh-huh) Blood spilled over muh'fuckin record deals Ain't shit changed nigga and it never will [Hook - 4X] Yeah mayne, knahmsayin... *music fades out*