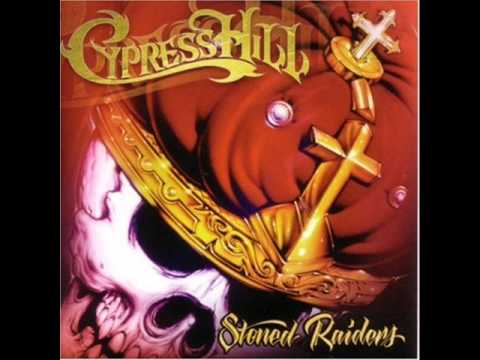 You don't know no real shit, nigga (it's the real shit!)

[B-Real]
'91 [echoes] Cypress Hill burst upon the scene
Three crazy, gun-totin' niggas smokin' weed
Talkin' about life on records was the whole plan
So we put out The Phuncky Feel, (?) and Kill A Man (KILL A MAN!) [echoes]
That was about the time we was openin' up for ?loyalty?
Didn't know shit, we were jus' tryin' to rock the party

'92 [echoes] a year later, 'bout a million records sold
From doin' shows like Lollapalooza on the road
Buildin' up momentum, whilst spittin' deadly venom
Takin' pictures for High Times, three months (?)
Chillin' with the Beastie Boys, smokin' lots of weed
But it was time to hit the studio for another LP

'93 [echoes] Black Sunday hits, with critical acclaim
Had a monster hit from Insane In The Brain
Topped the charts, held the spot, for six weeks to boot
It was a trip to note, that we was the first ones to do it
in rap music, but it was a feat none the less
So we started gettin paid and I stopped smokin' STRESS!

[B-Real]
'94 [echoes] still in the door and we conquered many tours
With Rage Against The Machine, House Of Pain and many more
Was even invited to Woodstock, some niggas from the block
called up Eric Bobo and half a million rocked
How could all this happen at 24 years of age?
Half a million bouncin' to your shit from off the stage

'95 [echoes] I was alive and survived so far
["(Rap) Superstar" xylophone]
Still tryin' to cope with bein' a Rap Star
'Cos that's the type of shit that can really affect your mental
This was evident, in the way I broke the tempo
With confusin, ("I'm havin' Illusions") pain, and (?) illusions
But I still kept my set up with the critics bein' abusive (yeah)
Even the record company, they became illusive
When it comes to showin' support for the Cypress institution

'96 [echoes] wit' no support we were still makin' moves
Cypress Hill, in the summer, we were on the Smokin' Grooves
But like every legend every click, someone had to split
So the Dog left the house, shit was gettin' kinda thick
I was with the electric lady, we was talkin' about babies
but the groupies on the road don't help me from misbehavin'

[B-Real]
'97 [echoes] was the trip, it was the year we killed the feud
Between us and Cube, over shit nobody knew
The Dog came back home [barking] but after Smokin' Grooves 2
Chillin' with George Clinton and Erykah Badu
This was a crazy time, we were flowin' off the boo
Niggas on stage, trippin' on the 'shrooms

'98 [echoes] was kinda great, cos it felt just like before
We hit the studio, recorded Cypress Hill IV
But someone dropped the ball, as I still recall
'Cos it felt Cypress Hill got no support at all
We did the last Smokin' Grooves, but did it all with Sen
and the old chemistry, just reared it's head again

'99 [echoes] I got to recline, because there was no doubt
That the first year was a success, of the Smoke Out
'99 was even better than the year of '98
and Skull And Bones was comin' out, kickin' from the gate

TWO-thousand! [echoes] 15 million records sold
They broke the mould, but there's others along the road
But we still keep rollin' on from Heaven to Atlantis
Droppin' shit in English and makin' albums in Spanish

Two-thousand and one! [Echoes] Goddamn, who knows what's in store?
Just as long as motherfuckers know, who's knockin' on the door
We remain unjaded and still we go unfaded
See how long we made it and never ben outdated