Kill Or Be Killed Lyrics

Lyrics to Kill Or Be Killed

Kill Or Be Killed Video: 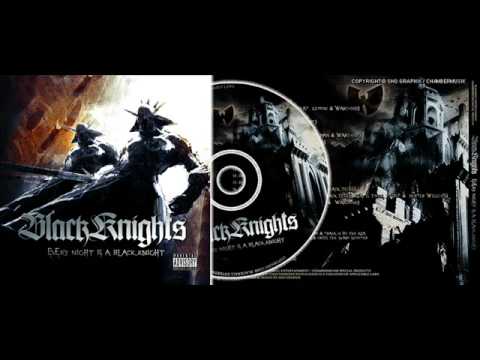 [Crisis]
'Kill or Be Killed'
It's me, back in the flesh, packin' a Tec
Crackin' in ya vest, tappin' ya chest, half to the neck
Struggle with breath, wrestle with death and ass on the set
The Knights shine while you faggots reflect
Half-step, hold my own, Crisis never regret
The scuba jet with knowledge
Runnin' traitors, all Devils get demolished
in the county of the Lost Angels
Niggaz chant the Black Knights like 'The Star-Spangled
Banner', ghetto grammar, cut you off the David Banner
Blue and roll with banners, slicky than a bleek is as bright
When I rest up in 'em, death to criticism
It'll get 'em, my niggaz plot patiently waitin' to set it
Line for line rhyme for rhyme you'll dull and pathetic
Synthetic, artificial, generic, my darts'll split you
Vertically, I know you faggots heard of me

[Chorus: Doc Doom]
It's 'Kill or Be Killed' in these cold streets of Compton and Long Beach
That's why we dont sleep, hold heat and roll deep
Low key, gang bang with OG's
Bee Gees, YG's, TG's
Who want beef? Who want beef?

[Sandman]
It's the hillside strangler, Sandman the dream keeper
Eliminate your team with the streetsweeper
Spit a rap doct-erine, ash and graffiti text
Come on and get put to rest, who wanna see me next?
The street vet from the North-side, pack a black Tec
Let my pants hang, use gang bang dialect
Sew you in, every mornin' "Wake Up" in front the liquor store
Loo dump those karate shoes up and hear 'em roll

[Doc Doom]
It's 'Kill or Be Killed', that's why I sleep with my steel
Cautious, 'cause niggas out here kill at will
In Killa California, where niggas put flames upon ya
So put them things up on ya
Smoke weed, and bang corners
Bang on ya like what set you from?
Better have ya gun at close reach
'Rollin'' through Compton, L.A. and Long Beach
You might get ya life took, fuckin' head shook
These Cali streets is full of killers and crooks
Gangstas and cops, semi-automatics and glocks
Niggas don't scrap no more, them was the days of my pops
Niggas that box, nowaday they twistin' on tops
Killer Cal, nah don't think it's ever gon' stop

[Monk]
You feel the steady impact of the mighty bomb jack
Blew a gold ass hat and five ones of chrome gat
I love to gang bang, pants hang ridiculous
Kick it with these high heads that's off the hook
I don't fuck with hooks, I'm straight from the streets
Kid what y'all eat?, prepare for warfare
Step and you'll get laid there, dead on the spot
RZA signed us fresh off the block
Make sure you know my hammer's cocked
And at all times still on the grind trying to get mine
Ask me how I get paid, my verbal switchblade
Ask me who I'm 'Rollin'' with I say the Iron Brigade
Follow along, we stop like a comfortable raid
Anybody in our way, it's for sure to get slayed
Group or solo, solo my poop
We only recruit, real soldiers, Iron Brigade soldiers
Real niggas, smash buildings, blaze glocks, so fuck feelings
Lace up the chucks, get on the average start the real dealing
'Real Shit' make my money flip Compton, Cali

[Outro: Doc Doom (Warcloud)]
Faggot motherfuckers
The Gang, nigga
The real G's, where you from (Compton)
The niggaz bitches, what? Fuckin' wit us
Boy (L.A.) The Black Knights
West Coast Killa Bee Gang, nigga
Wu-Tang nigga, when we bang this, hear?
(Linwood, Killa Beez) Nigga
Nigga, Watts, all that, nigga
Straight up, nigga (Inglewood)
Where y'all niggaz from, man?
(Malibu) Hey young'n (Hollywood)
Out here tryin' to be like the G's, nigga
Straight gangstas, man, we gangstas
Homeboy, nigga, just gang bang rap
It belongs to us, homeboy (Right, right, right)
You know I mean? That bullshit you speakin'
is on some other shit, boy, and I mean it.
'You Don't Wanna Fuck Wit Us'
(That's exactly what we be sayin')