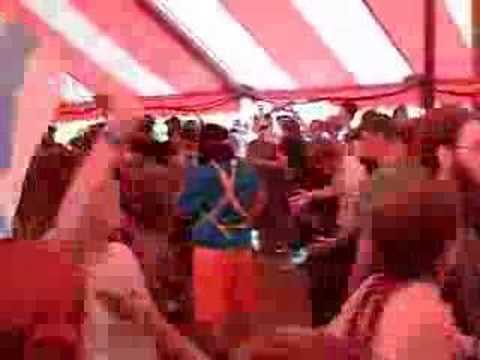 Every time we play a show,
he's right there, ready to go,
got his kilt and his apple hat,

crossed suspenders on his back,
doing moves that no one's seen,
everyone thinks he's plain old mean,
he's not there to start a fight,
he's just rocking out for Jesus Christ,

Show's not over, he won't quit,
running around the circle pit,
jumping, kicking, yelling oi,
he won't stop he's a rumble boy,
souls on his shoes are all worn,
was for this that he was born,
he won't fall he won't stumble,
hats of to you Johnny Rumble.