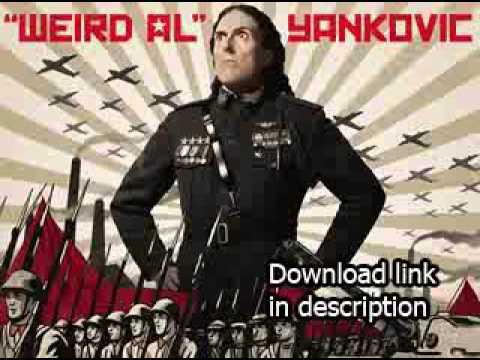 Tuesday morning, 8: 15
I was riding to work on the
Jackson Park Express

She smiled as if to say
"Hello, Haven't seen you on this bus before"
I gave her a look that said
"Huh, Life is funny, you never know what's in store
By the way, your hair is beautiful
I bet it smells like raisins"

She looked at me in a way that asked
"Did you have a nose job or something?
I'm only asking, cause your nose looks slightly better
Than the rest of your face"
I arched my eyebrow, ever so slightly
Which was my way of asking
"Do you want my old Hewlett-Packard printer?
It still works, Kinda
And I got a bunch of ink cartridges left"

Then, she let out a long sigh
Which, I took to mean, "Uh"
"Mama, What is that deodorant you're wearing?
It's intoxicating
Why don't we drive out to the country sometime?
And collect deer ticks in a zip-lock baggie", Oh yeah

I gave her a penetrating stare
Which could only mean
"You are my answer, my answer to everything
Which is why, I'll probably do very poorly
On the written part of my driver's test"

I knew she was starting to fall for me
Cause she crinkled her nose, which unmistakably meant
"Baby, let's wear each other's clothes
And speak in a thick German accent
And, maybe someday we can own and operate
Our own mobile pet-grooming service"
I couldn't hold back my feelings
I gave her a look, that said
"I would make any sacrifice for your love
Goat, chicken, whatever
I could never hold you close enough
Let's have our bodies surgically grafted together
Oh, surgically grafted together"

She picked up her newspaper, and started reading to herself
Which I'm sure, was a way of telling me
"When you're cold, I will warm you
When you're shivering, I will hold you
When your nauseous, I will give you Pepto-Bismol every hour
For as long as the symptoms persist"
Oh, I, I never, ever want to see you cry
So, please let me cauterize your tear ducts with an arc welder
Then, I glanced down, at her shirt, for a second
In a way that clearly implied
"I like your boobs"

I cleared my throat quietly, and then, I looked away
And I'm sure it was obvious to her, just what I was trying to say
I was trying to say, "Hey
I'd like to make a wall-sized mural out of all the dead skin cells
That you slough off while you sleep at night"
Whoa-o-Oh, "I'd like to rip you wide open
And french-kiss every single one of your internal organs
Oh, I'd like to remove all your skin, and wear your skin, over my own skin
But not in a creepy way"

Then, I'm pretty sure, she looked at me, out of the corner of her good eye
And, though, she never spoke a word, this is exactly what I heard
She was saying, "Oh!
I wanna make out with you, in an abandoned toll-booth, in the middle of a monsoon
I wanna ride dolphins with you, in the moonlight
Until the staff at Sea World kicks us out
I want you inside me, oh, like a tapeworm"

I pointed to the side of my mouth, as a way of indicating
"Hey, I think you got something on the side of your mouth"
She licked the corner of her lips, as if to say
"Here? ", I nodded, implying, "Yeah, you got it"

And, then the bus stopped, at 53rd Street, and she got up suddenly
"Where are you going? ", pleaded my eyes, "Baby, don't you do this to me
Think of the beautiful children we could have someday
We could school them at home, Raise them up the right way
And protect them from the evils of the world
Like Trigonometry and Prime Numbers, oh no
Baby, please don't go"

She brushed my leg, as she left the bus
I'm sure that was her way of saying
"I'm sorry this just isn't working out
You're suffocating me
I need some space to find out what life's all about
So, goodbye forever, my love"

And deep inside, I knew she was right
It was time for us both to move on
And though, I never got her number, oh no no
She never bothered to leave her address, oh
But, as long as I live, I'll never forget
Those precious moments we shared together