It's Me Bitches (Remix) Lyrics

Lyrics to It's Me Bitches (Remix)

It's Me Bitches (Remix) Video: 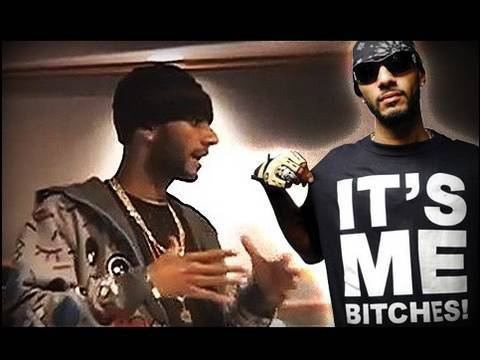 [Lil Wayne:]
Weezy that bad man
one man band man
your girl with me cell phone she don't answer
He so sweet make her wanna lick the wrapper...
so i let her lick the rapper
She take care of me and all me homeboys have the
Jump-off, jump-off the girl is a jump off
I let her snort a mountain
and she gets jumped off
Jump-off, jump-off
You know she can jump-off
Pull my dick out and let her jump-on, jump-off
You make it so hard when it sound so basic
Chevy grill lookin like a set of new braces
South side baby
We outside baby
We smokin on that spinach like Popeye baby
{french gibberish ?} yea i love my bitch
She's bonjour money and oh fly bitches
{more french gibberish ?} we doin the business
{even more french gibberish !?} mean we ain't snitches
Now can you tell me how good my french is
Vule Vuvu Che Avey Gua Bitches!