It's All Been Done Before Lyrics

Lyrics to It's All Been Done Before

It's All Been Done Before Video: 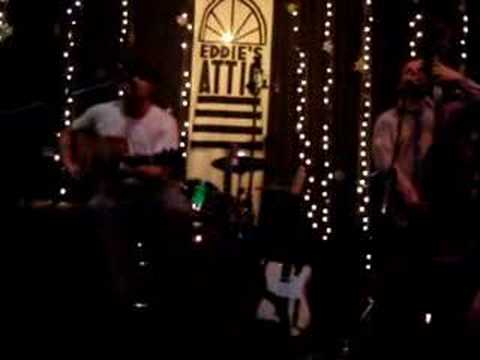 He was the son of a loving business man,
Young days filled with affluent affection.
Late nights all alone, walking along those suburban roads,
Searching for some cosmic connection.

And as he walked those tree-lined roads,
He would swear himself a sacred oath
To always reach up endless toward the sky.
Walking through the midnight dew
He would curse the lack of something new
And he'd stare up at the sky and wonder why...

She was the daughter of a military man,
Each year marked by a different direction.
Seasons spent in the solitude of some transitory plan
Running from any constant connection.

And just as she might settle in
The orders came to leave again
And she'd stare down at the ground and refuse to cry.
Bags packed and off to go
She would swear herself a silent oath
To someday stay in one place just for a while...

They met on a moonlit night when the evergreens were waving
Ever so slightly in that misty western wind.
He walked along his usual path
And she sat upon her brand-new, old fence
And through the haze of the streetlight their eyes met.
Their eyes met...
Their eyes met...
And then they started up a conversation,
Just a simple little conversation
And that was it.

And though it seemed like endless nights and days
It did not take long for him to say,
â?You're the one for me, I'll buy you a diamond ring.
And together we will see the world,
Walk every inch upon this earth,
We will climb the highest mountains,
Sail the shining seas,
Do everything.â?