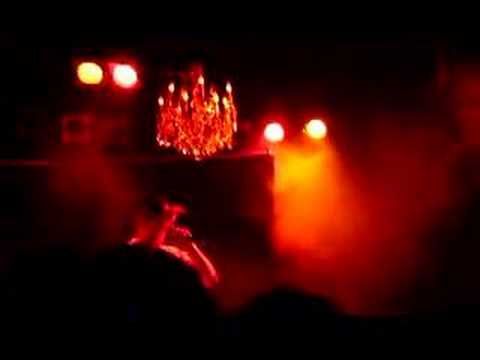 [Irv Gotti]
Yeah, nox and me ya heard me
Ha ha ha ha ha ha
My niggas
Yeah Chink Santana, D.O. Cannon, Young Merc
My nigga, Seven
It's murder niggas
You listening to a nigga right now that don't give a fuck about nothing nigga
It's murder

[Chorus: Chink Santana]
It's time to serve ya niggas and bitches ya heard of us
It's Irv Gotti and the Murderers and we still don't be giving a fuck
It's just to vicious of a click and nothing but spitness
Do their work handle their business man who going fuck with us?

[Caddillac Tah]
Yeah, shit
I don't know what why yall thought
But we pro's and we flow, fire acid
And toast and that for automatic
And dough gotta have it and my niggas blasting
Gloves and ski mask's when it's time put the match in
We cock and bust, rags, is what's happening
Living like a gangsta so gangsta shit I'm rapping
While why yall niggas is acting, stick to the script
Hold ya hip wit a clip
Ain't no love for the snitch
Only slugs from the fifth leave you stiff
Ain't that a bitch
Niggas hating for nothing for fronting for nothing
Becomes somethin that you don't want cousin
It's simple basic shit
Whoever face my clique
Goin' get erased, in this thing violence and sick
Nigga hard to break yourself
Pie and we rolling strong wit fire arms
The fire bomb, when the war is on
I.G. presents I.N.C.
And if you ain't know that's the boss man running the show
So get your weight up if you hate us enough
To come lace us pull out your gun and bust it
Man enough if you ain't bluffing
And for the record it a message
For niggas second guessing why'all can eat a dick
I love this gangsta shit