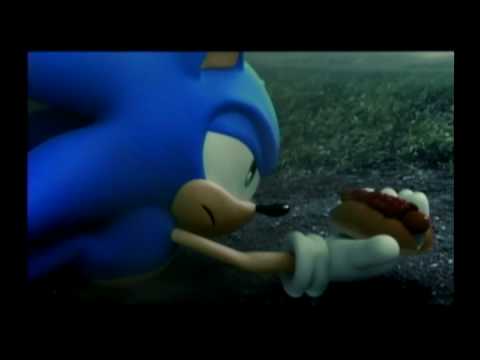 [Intro: D.L. Hughley (Doc Doom) {Warcloud}]
So the other day, I'm listenin' to the radio and shit
And I'm hearin' these Black Kneez-ights
These muthafuckas 'sposed to be from the West Coast and shit
(You hearin' the Knights homeboy, Black Knights)
But I ain't hear no West Coast in they shit, man
Them niggas sounded like East Coast this, East Coast that
(They from Long Beach, man, what you talkin' about)
East Coast this, man, them niggas is talkin' bout
Dun-dun, and God-God and yo-this, yo-that (This is the shit, man)
Them niggas ain't no killas, nigga
Them niggas is fuckin' East Coast dick riders (Fuck this nigga, man)
I know the niggas personally {I know the niggas too} (Black Knights nigga)
Man who the fuck is you talkin' about, I'm Gino, nigga, and Gino know
(Fuck Gino, nigga) You ain't know that (Nigga, tell 'em to smack)
(Fuck you nigga!)

[Doc Doom]
I spit yae, my lyrics keep k's and dodge cops
Alone, I'm like Capone movin' weight on ya block
We keep glocks cocked, lit daily, hop Chevy's and smoke heavy
Every night we got bitches shakin' ass in the telly
Drunk off Bailey's, we the shit, so fuck what ya tell me
I ain't tryin' to hear that bullshit, you tryin' to sell me
On the low, like you niggas don't sound West Coast
But it sounds to me, like you niggas gossip like hoes
All on our dick, knowin' nobody could fuck wit this
Rappin' or scrappin', blastin' or jackin', who want action
At the vet who haven't lost his step yet, place ya bets
I've been doin' this shit before Quiet on the Set
I'm violent wit a Tec, don't make me make these hollow heads eject
Murder on cassette, Black Knights, we haven't met our match yet

[Warcloud]
Chopped off fingers, seen you movin' for the jackpot
All Holocaust, I'm met up wit him in the crack spots
Branches and skulls, straight razor lyrics, California
Guns and begonias, burns you like ammonia
West Coast junkyard convict from darkness
Roll wit the heartless, murder you like an ar'ist
Mean man hollow, the man who pain'ted flowers
String bloody teeth, then knock you over the towers
Medieval cathedral, dance out with the skeletons
Iron that veteran, heard of dead elephants
Trampled through ya grave site, fungus in ya ear hole
Blackboard jungle, humble, but watch my spear blow
Wu-Tang Clan, warriors on the hillside
Murder any M.C. sittin', dinin' wit the swells
Pearl handle cougar knife, baby pist' revolvers
Shoot my way out, and dead bodies clog the doorway
A la carte, more vay, I rhyme the best charm
Huffin' on a blunt, wit an anaconda for left arm

[Chorus x2: Doc Doom]
Who got that real shit, niggas blast too
Bitches shake that ass too, hit you up wit they set, when they pass through
Black Knights got that hot shit, got ya hooker topless
In the cockpit of my drop six

[Crisis]
The committee, control and patrol the inner city
Off Henny, Remi and Phillies, smack sadiddy bitch silly
You feel me? Heat holders, street patrollers, cannabis leaf rollers
We control this, had the baddest bitch deep throat us
In public, she do it just because we Wu-Tang published
They love it, bust a nut and don't think nothin' of it
Corrupted in the slums where the average hustle for crumbs
Bustin' they guns, we lustin' for funds

[Crisis]
Description
Bar face abrazed undercover hit-men
Wastin' the shit like a religion, average, where ya livin'?
The unforgiven, hold ya own, never move ya pivot
Niggas is innocent as infants
Don't know nothin' about thuggin', Bloodin' or Crippin'
Street raps blow off ya knee caps for street scraps
In my hood, we all perform magic, cheat death, take a deep breath
Lace up ya boots, cock and shoot
Let it penetrate, just a little way gangstas communicate

[Monk]
Who to say the Knights ain't shit, niggas get blew away
It's obvious we too much, fuck the such and such
Ya click can't rough, tough, low down and dangerous
Or save the extras, we smoke blunts laced wit textures
Of high explosive, take two, and can't focused
Pass it around, let it rotate, that's on the eight
We lockin' down cities, and sewin' up states

[Outro: Doc Doom]
Muthafuckin' Black Knights, black Tec's
All my niggas on deck, online
Nigga fuck ya'll we be throwin' up mind
Gang signs, nigga, Killa Bee Gang
Fuck where you from, fuck ya hood that you claim
We bang, all day, all night
Where I'm from? Black muthafuckin' Knights, nigga
Straight up, West Coast, K.B.G., Killa Bee Gang, thought you knew
Now you know, whose, stepped in the door, slappin' whores
Ya niggas know me, niggas gives a fuck, Doc Doom
Muthafuckin' Black Knight to the tomb, gangstas, don't give a fuck, bank ya
Take ya cash out ya dickies, street's risky, heh
Ya niggas know you can't get with me, simply