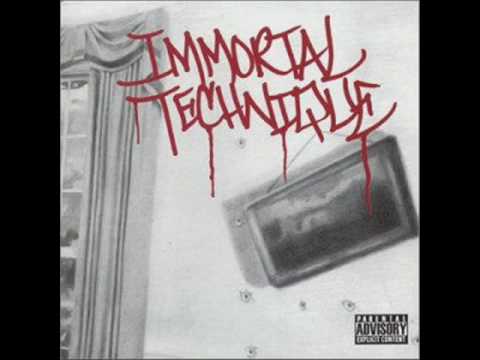 Like Che Guevara my soliloquy speak to a gun
Pain in slow motion like trees that reach for the sun
Nigga the preaching is done
cuhz I don't got a D.J. like reverend Run

I curse the life of any man who kills but never in ones
I never asked to be the messenger but I was chosen
To speak the words of every African slave dumped in the ocean
Stolid by America tortured, buried, and frozen
Written out of the history books your children are holdin'

Soon an electrocution currently used in my execution
Producing thoughts at the speed of light burnin' confusion
I'm loosing my sight, breathing is tight, the evening is white
I made my peace with the lord and now I stand on his right.

(Thanks to Angela for correcting these lyrics)