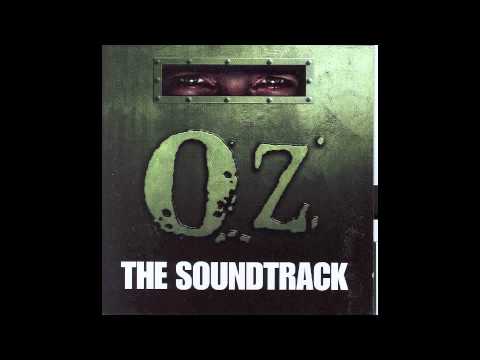 [Fiend talking]
So what cha' back here for
Yeah, ya doin' time
Want cha' to meet some people of mine, ya heard me
Over here we got ,uh, David Banner, Tira, Fiend
Head counts to Mr. Magic, Blaxuede
And we gon' do it like this here, ya heard me

[Hook x2: Magic & Fiend]
They got us incarcerated (Damn)
20 to life is what I'm facing (Said talk to em')
Can't seem to get away from the cases (Say damn)
My freedom is the only thing I'm chasing (Gotta talk to em')

[Magic]
Look, they got me locked up in O-Z
Stay the fuck from around me, ya niggas don't know me
Ya cross me, ya better down me
Better ask, I'm a hustler
Sharpen up the toothbrush and go for the jugular
You see me holdin' on these hind bars
Screamin' fuck the world ready to go to war
I stay focused, keep my eyes on the uniforms
They laugh with us but them bitches wanna do us harm
I'm pumpin' iron you can see the fire in my eyes
Whoppin' you motherfuckers, prepare to tire
Incarcerate me if you wanna but my mind gon' always be free
And on the streets nigga remember that they shootin' at me
I can't get used to this food, this shit is making me sick
Plus half these niggas in here done took that dick
Head hurtin' waitin' on my day to escape
But fuck the barbwire I'm goin' over the gate

[Blaxuede]
Hold up, who the fuck is you bitch, label me a criminal
Deal with any nigga when doin' times get critical
Cops crewed out cause I was tryin' to get too physical
Now I'm in this room, coughing and raising my genitals
Behind bars, fist fights in the yard
I'ma dodge spending nights in the morgue
Look, more ticket to spend his life with the Lord
He think he make it out, take it out
Now my cellmate talkin' bout breakin' out
Look, I told that fool it was impossible
Too much of an obstacle
If you get caught you know what them cops'll do
He had to quit more time, personal hospital
Actin' like he didn't know them people rotten too
Don't he look familiar, niggas in chains
You make me wanna kill ya, ya think it's a game
His uniform and his badge make him think he the man
I can't take it, have to face it, the people got us

[Fiend]
I got partners that ain't never comin' home
Two collect calls on the phone
Still touch the street cause I Jones
Still cuss the heat cause of Jones
Fuck a bitch that you own
Behind bars that'll never be chrome
Where ever T on, let it be known
His mind gone
Roam and become straight throne
Graduated from col, heard he got moved from Californ
Pumpin' it out the crib got him caught
Two miles from the state dramas
Eight blocks from the Magnolia
If he don't speak soldier he over
So he got it from the dirty and trife
Got familiar with the skills, I done murdered for stripes
Break the guard for the last time, it was my last time talkin' to him
You wanna see him, be a dead man walkin' to him
Unless he died from natural cause, they'll execute his ass tomorrow