In Your Face Lyrics

Lyrics to In Your Face

In Your Face Video: 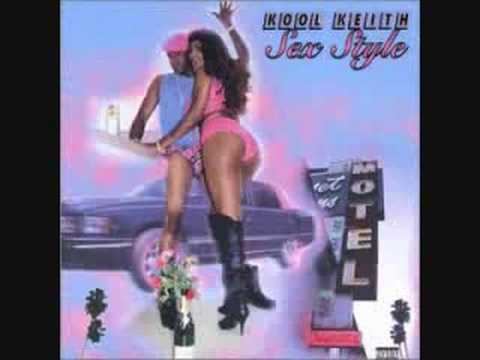 [Kool Keith]
I'll get my manager crazy as hell, he'll pull steel
Show these sheisty people, the sawed off, the pump is real

Then smack niggaz when they don't feel Keith's right direction
Put niggaz in fear, the bullets in they head section
Pick up drug dollars, leave rings around niggaz collars
Front me cash, you catch them bodies, put em in a stash
Never laugh at you, explain plans, what to do
Machine guns on tour, pajama for your soft crew
Don't step to me with shit the candle wax is gettin lit
I'm solo now, and still money I have to fuckin split
Business ain't straight in glamour world, fuckin hellgate
All these things I been through, your skull deserves a metal plates
Not the platinum plaque, just gun staples in your back
Hung from a tree with rusty nails in your rectum crack

I get personal direct straight, I bring it forward
Where? .. IN YOUR FACE! (In yo' face)

[Kool Keith]
For everybody a problem manager
30% get my photo session ready, songs to the fuckin president
I been spendin my ASCAP, waitin out there brain-walkin
up with hit records on feet, in the fuckin rain
Through merry-go-rounds, past politic circus
Then shift flop first, and now it's time that you work this
Suck my ass, we pass on acts if you think they good
Niggaz ain't platinum, they album still, went barely wood
I bring your ? down, samples now you have to clear it
Niggaz talkin shit like lyric records, I ain't tryin to hear it
Even if I'm deaf no mouth, one fuckin ear left
You think they worth investments, hold your fuckin breath
You might as well bite Kane, Rakim, study G. Rap
I got some new shit, mental secrets for yo' asscrack
Let me get real, before that ass breach that contract
I got witnesses watchin, statements over budget
Don't try to hide behind that fuckin mask now
Throw the pistols away, and hide the shit in the grass now

[Kool Keith]
I'm sittin quiet with tons of threats, and Baskin-Rob'
Extortion is over, I cock back, you lose your fuckin job
Two years of my time is precious in my kid's mind
With child support, I drag your coffins in the court
We even Steven, fuck that, my time and rent is short
I've been writin songs, I'm calm, I'm a good sport
One year has gone by, with tecs jam up in your eye
I'm on some clever shit, fuck it man, go 'head lie
I wake up six o'clock with triggers cocked every morning
I'm no joke, you're bound to smell the fragrant gunsmoke
I'll be scrubbin halls, wipin blood off the office walls

I get personal direct straight, I bring it forward
Where? .. IN YOUR FACE! (In yo' face)

[Kool Keith]
Yeah, yeah
Let's get some fuckin hit records goin right now
East coast to West coast, I don't give a fuck
His shit is wack, their shit is wack
That shit is wack over there
Ain't nuttin fuckin movin
Get some fuckin bullets on the fuckin charts
Fuck that, let's do this (y'all ain't ready)