In The Hall Of The Warrior King Lyrics

Nightmares That Surface From The Shallow Sleep

Lyrics to In The Hall Of The Warrior King

In The Hall Of The Warrior King Video: 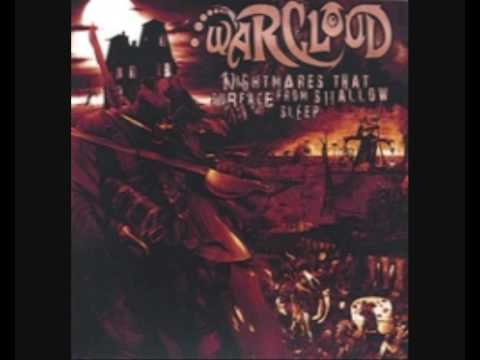 [Intro: Warcloud]
Yo, what's the deal champs?
Muthafuckas, this is Warcloud
West Coast Wu-Tang Killa Beez, representin' for the underground
For the main spade style is architect tile
Bionic, it's like we done unfinished cathedrals
Item number productions, it's gon' be repercussions
Smack niggas faces

[Warcloud:]
Aiyo, you get strangled in burgundy velvet ropes
Stained wooden floorboards, sleepin' on the ceiling I murder warlords
Fever dreams, sling bean, gun, lead blow
The jury let me walk, I laughed and spat at patrol
And crushed ya dirty smiles while I was eatin' tiles
And farted out twenty beach balls, bounced down the aisle
The vibes of great film, though my cane is stuffed in the wastebasket
Pop a cucci, sizin' them tits, so they can taste magic
Casket face miraculous, murder you while I'm kneelin'
Where's Warcloud? I heard he sleeps on the ceiling
You move like snails, arsenic and old lakes
House of Frankenstein, slow hand lays down the cold ace
Murder you on 7th Street, merciless Jack Frost
Left bit, cast on, while playin' wit Adam's rib
Still ride a Harley through cop-land, wit Digit
I howl, and shatter the moon, send you a postcard
Chicky-chicky, boom-boom, now they call you broken face
Heard your rib cage healed up and I hope it breaks
Open case, glance two times, while others glare
A ghost wrapped in bandages laughed his way up the stairs

[Warcloud:]
You'll find stepping stones along the way, through the streams
Run silent, run deep, you're now surrounded by misfits
Twelve angry men like angels wit dirty faces
Armed to the truth, you couldn't move many paces
Blood hits snow and hearts, scoop it up in handfuls
Then I walked the green grasslands, smoked the Indo
Passed that house wit the woman always in the window
I'm at the helm, you've now entered harsh realm
Big spore zone, severous poisonous herbs
They're are water spiders that eat lizards and birds
While bloody red icicles hang from every word
Ears full of nails, you stagger off of the curb
And fall in the street, avocados and fortune cookies
Ginger snaps and finger-paint, ammunition for hand guns
Go away and stay there, man wit twisted beard
He fell through a hole in the ice and disappeared
I ride a bicycle, and bite an apple
Alamo Bay, bloody old man from L.A.

[Warcloud:]
Heat bringer of war, white feathers wit red tips
Gun powder keg, called American Beach
Vocal antiques, in the hall of the mountain king
Hansel & Gretel, threw rats down from the balcony
I horseradish you're brain, raise your Alchemy Elite's
Eight hundred muthafuckas wit bats who never speak
In the misty street, Warcloud came in your nose
A killa bee sat on the rose, unfold the scrolls like
Five zombie soldiers playin' cards at an outpost
Laughin' at midnight, weapons against the wall
Tall red, white, blue werewolf, palace in India
Jewel like the sky laugh at Fourth of July
Sleepwalker talk, that's one eye under water
Archibald Leach, escape wit the preacher's daughter
Terror on the high seas, gun brought you guzzle
Get regular dart books, skull snakes and puzzles
Raps overlap, clap tracks and gap wax
Like gat hacks, tennis balls lacks to use fat
Bear trap pack and splat a guy's back, I'm anthrax
Violent Jack's rap will tap from the pitch black
And smear you on the wall like taff and watch you gasp
If you bust me back I murder you wit a flock of bats
Snap a six-pack, pass the tack and make mine laugh
And clap you wit the mack off the rack, you get jacked
Yack bags of that, America muscle rap
We ran for the grams, sweet pinball and hammerheads
Alcatraz flash, cold bear, crooked
Fever dreams tooken, Henry Jekyll and Edward Hyde