In The Fall Lyrics

Jared Mees and the Grown Children

Lyrics to In The Fall

In The Fall Video: 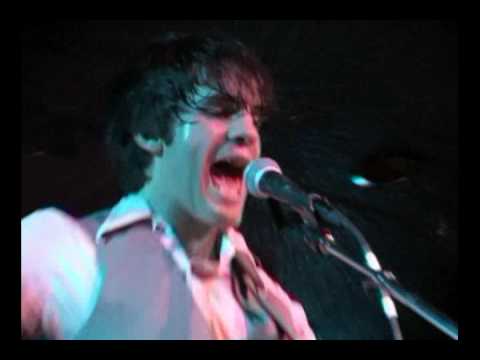 In the fall we can go huntin' down by the banks of old Mill Creek
Oh, you're guns all rusted out and mine's just made for shooting skeet
Oh, we can leave 'em in the truck and take two pints of wild turk
And when they ask us what we got, we'll say, "Well, we got out of work"

But anyway, I'm terrified of heights
You gotta climb it alone
But when you get to the top, won't you holler back down
What's it look like up there?
I always kinda wanted to know
Woah, woah

Well, I got me a stereo I keep kinda low
Until a good song comes on, and then I kinda let her go
There's still music out there that warms my insides
It makes my days a tiny little bit more demiserified
Like right now Bob Wells and his Playboys are talking
Bout how the big man gets the money while the little one picks the cotton
And the big fish eats the little fish, but that little fish was really bait
And I eat that big fish up with a silver spoon and a paper plate
The utensil I received from my mother and dad
But the plate I made myself with my own two hands
And I don't mind either one just as long as nobody knows
Woah, woah

Well, I remember the day with my brother and his best friend
They burst into my room looking like the world come to an end
They said there's a fire on the hill, but it's near the reservoir
We can put it out but we gotta take mom and dad's car
And I cursed both
And then I said lets go
Woah, woah

You're giving me that look that says you're in it deep
Unless that's the look that says tonight don't plan on any sleep
I guess I'll take my chances with the one, hold out hope for the other
But girl, oh, wait a second, that smile's kinda blowing your cover
And we're sucking in the wind and snow through the cracks between our smiles
Making tracks back to the village, though we still got a couple miles
Where we can sharpen up our fangs, flatten out our feathers
And thank the good lord up above for this god awful weather

And if it's too good just tell me, I'll do something wrong
But I'm thinking that you're winking cause you kinda like this song
And that bottle of Sangria wasn't such a bad idea after all
Woah, woah