In My Neighborhood Lyrics

Lyrics to In My Neighborhood

In My Neighborhood Video: 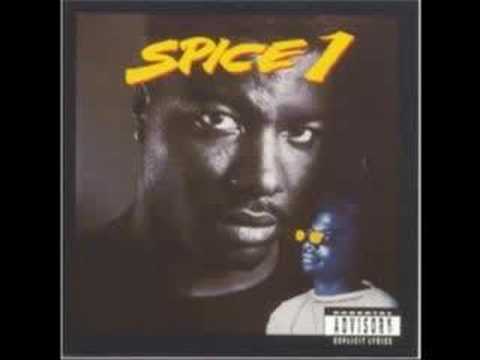 [D-Wiz]
Hey yo, Spice
What's goin on, man?
I see five-o over there
Is that five-o?
[Spice 1]
Same muthafuckas that beat my partner down last week
But I ain't trippin, I got this 187 Proof by my side
It's finna be on
[D-Wiz]
Is that right?
[Spice 1]
Yeah
[D-Wiz]
But where you stayin at, man, what's goin on?
[Spice 1]
Same muthafuckin neighborhood, man
Just tryin to get this shit off the ground
This rap thing, you know?
[D-Wiz]
Yeah, I heard that shit, man
Let them niggas know what time it is
[Spice 1]
Yeah
Check it

[VERSE 1]
I like to walk around my hood, smokin dank a lot
I see some brothers in the trees, is they slingin rocks?
Runnin through a broken-down wooden fence
A nigga didn't have brains cause he smoked sinse
Or sess, or whatever you wanna call it
He got the task on his ass, better haul it
Fiends suckin up the crack in the backyard
Dropped a pebble on the ground, now he's lookin hard
Will he keep searchin or will he cease and just forget the hit?
Or pull a jack move and let the nine click
I'm in the cut, late night, about 12 o'clock
I see some brothers bustin caps in a parking lot
There go my homies rollin up in a black 'Vette
Nothin but the money for the paycheck
"Another day, another dead up in the alleyway"
That's what the boys in the Bay up in Cali say
The California life, task in the palm trees
Brothers be clockin g's, slingin ki's
Up in my neighborhood

[VERSE 2]
Funk - is a part of my life
It's the sound of the gangster Spice
Warning - check out the blast of a shotgun
Nine muthafuckin millimeter, have one
Or two or three or four
Cause every brother in my hood is hardcore
Boom-boom! to the death of a cop
Pop-pop-pop! - see another one drop
Crazy-ass nigga off the peppermint schnapps
And now you wonder why young niggas sling hop?
Never woulda thought I'd be a dealer of dope
Niggas slingin and bangin and breakin necks and throats
The spot, it was poppin, but yet the fuzz kept ridin my jock
Tick-tock, I watch the clock, they flock
See a undercover cop raise off the block
That's how it is in the game of slingin rocks
Cause on the TV they make it look real good
But Mr. Rogers ain't got shit on my niggas up in the neighborhood

[VERSE 3]
Welcome to the ghetto, although I call it my neighborhood
Some people get out, but some people stay for good
I see a dopefiend yellin he's a O.G.
He scratched his head and started starin like he knows me
I say, "What up, old man, I seen your face before"
It was my homie's pops, shirt dirty, pants tore
He had a 40 in his hand, left a little swallow
He said, "Young-ass nigga," and then he threw the bottle
I ducked down, and I had to duck real fast
Stepped two feet back, and then I banked his ass
I started kickin and stompin my nigga's brains out
I heard a bitch yell "freeze!" and runnin out the house
It was his wife, and the bitch started bustin at me
I can't believe this shit, this bitch is trigger-happy
Pull out my nine, bust the bitch in the left titty
That's how it is in a burned-out dopefiend city
And now you're sayin I'm the nigga up to no good
If gives a fuck if you're Bush, you get jacked up in my neighborhood