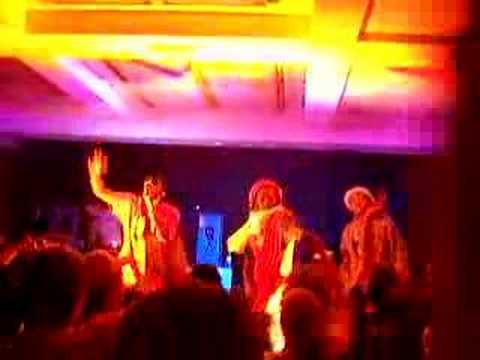 [Aceyalone:]
You can lock your door from the thief, never the liar
I got a firm belief, fight fire with fire
When there's one too many chiefs, all the indians conspire
And somebody gotta go so I can take it higher
Cause I'm a live wire, underneath the radar
State of the art parts, Darth Black Vader
Quicker than a shotgun blast on the trader
Baddest motherfucker both sides the equator
Ready and available, heavily equipped
Steadily my boat rock, but it never flip
I'm heavy hand on the plan tryin to get a grip
Permanent underdog, it's all in the script
My bars went way up, ego went through the roof
I swallowed the truth right along with my pride
I died and came back again, buildin up my stack again
When the world tries to back you in, then you've gots to ride
Lone vigilante, bounty hunter nomad
Boba Fett, no regrets, everything load-ed
My mind is the only thing heavy when I tote it
The one to go down with the last bridge and you know that
Head barely on straight, my heart's in the right place
Still workin on my masterpiece, plannin for the great escape
Get a load of me, look at how I'm takin shape
And I'm so far ahead of the game, make no mistake
Last of the Mohicans, a reverand deacon
Minister Maximillion speakin, heat seakin
I'd rather leave your mind open than to leave it leakin
Aceyalone-wolf, forever and a weekend
The Goddess said she loved me, angels said they had my back
How the hell could I lose, I accept my fate and that was that
Jumped off a moving train to do my thang on the track
Stopped in the heat of the moment, for the impact