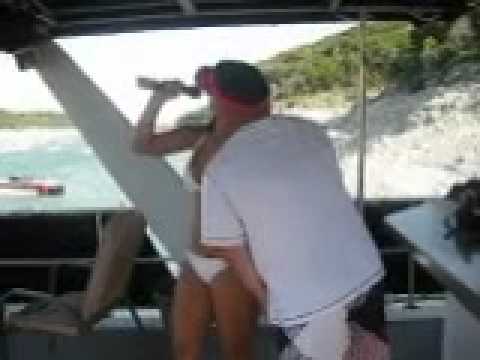 [Cool V] Yo Biz, let's send this out to the propmaster Kool DJ Red Alert Bring the beat in, Todd Yeah, this is how we're doing it for the '93, we're on the smooth tip Ha ha, yo Biz, kick something funky for 'em, word up [BizMarkie] Now people always want to know my strategy plan For me to use the weird name as &quotDiabolical Man" Well I got diabolical beats, raggedy clothes And aw hell, I'm even wearing diabolical drawers I'm not White as Barry cauce I'm Dirtier than Harry With a rap that's big and fat that Mariah couldn't Carey So don't come to me with that same ol' same ol' Cause I'll knock your butt somewhere over the rainbow I write rhymes that jam more than jelly So call me the Arthur without the Fonzarelli, or Nelly Cause I am so bad when it comes to a rap jam Even robins scream, &quotHoly hip-hop Biz man!" I grab the microphone and go every which way but loose Cause I'm the ugly ducking that seduces Mother Goose And I don't be using flipping tounge twisters But I still get better in time like The Whispers But older crews you see can't stay as loose as me Cause old school rappers just ain't what they used to be So up your nose with a rubber hose And every brother knows that your style's older than my grandma's clothes But gray skies is going to clear up, so put on a happy face Take off that frown and chear up, and put on a happy face, cause I'm sing-ing-ing-ing in the rain ain ain (Repeat 7x) Ah ah ah ah ah I start with a rhyme as I enter your mind I hit so hard even Michael Jackson won't remember the time So here I come a bombing every time I home in to Off a funky drummer boom I get hot as Donna Summers Cause I reigh supreme as a rap brainstorm >From corner to corner, I'm dropping some more on ya Not Tony Toni Tone, cause I came to warn you That I even reign in Southern California Everybody talking bout Biz is hype Cause I make Dirty Harry's day, hell I even make Gladys Knight's Soon I star on ABC because rapping DEF is the best way to the G Alphabetically I have to lead you through Since I'm the M-izza I know to watch my P's and Q's Like the EMT's but the B-I-Z I rap so picture perfect I should just stop and say &quotCheese" So if I step up, who's gonna move me back? Cause Scooby Doo can't even do that for a Scooby Snack You think you can, you think you can, don't even try it Cause instead you need to can it like the Jolly Green Giant Cause trying to step to Biz, you know I'm a diss them fast So play like 98.7 and KISS my ass! Cause me and rap is like peanut butter and jelly Which reminds me of a song by my man Gene Kelly I'm sing-ing-ing-ing in the rain ain ain (Repeat 7x) Ah ah ah ah ah Now it's the universal languange that the Biz Mark is speaking I'm down with blacks, whites, Indian, and Puerto Rican I'm an African descendent, myself would have say But I was &quotBooooorn in the U.S.A.!" I spent the 80's duking ladies without making babies So I guess I'm over like a fat rat that never caught rabies Went from messing around like Tonto with no woman in 3 years I had one little two little three little indian B-I-Z Markie is what it is And if it's hard for you to spell, then just say &quotBiz" I'm down with the Zoo Crew, some kids who act nutty B-Danks, Cool V, Everett, Todd, and Jeff They're my buddies, ha, my buddies, ha Wherever I go, we go I pass my April Fools in monster May I pass by so much bull I should say &quotOle!" I got friends named Raggedy Ann and Andy Call my &quotBon appetite" cause I'm sweeter than John Candy Don't even knock it, till you try me Cause the proof is in the pudding, you can ask Bill Cosby Some think I'm bragging, some think I'm boasting But even Smokey Robinson would second that emotion That's why I take through the sky on a natural high Cause I'm fly-ly-ly-ly-ly, ly ly ly ly I'm sing-ing-ing-ing in the rain ain ain (Repeat 7x) Ah ah ah ah ah