If I Ruled The World Lyrics

Lyrics to If I Ruled The World

If I Ruled The World Video: 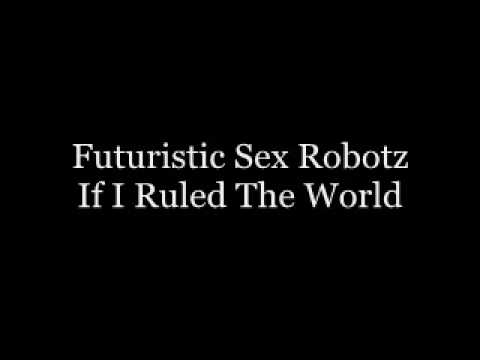 PC Speaker:
in my world, Linux never existed,
Linus Torvalds was born disfigured,
it was too much for his parents to take,
so they locked him in the car and then they pushed it in a lake,
Steve Jobs was murdered by his gay lover elf,
and I finished off Bill Gates by myself,
if I ruled the world, your door would be unlocked,
and i'd teach your Mom not to fear my cock,
I'd download all my music in MP3s,
and wouldn't fear retribution from record companies,
movies would be free because they all suck cock,
and I wouldn't have Armageddon bustin my block

Coaxke:
if I ruled the world, I'd make the man give me head,
hack into fark and delete all of the threads,
release all the info that wants to be free,
and convince the music biz not to fear MP3s,
make bill gates pay to build the monorail,
replace the viaduct, and get my friends out of jail,
give the world iPods made of solid gold,
and release the cure for the common cold,

Subrandom:
if I ruled the world I'd roll up with my squad piece,
step out the Escalade with my studded cod-piece,
walk up in the club full of gay married couples,
my pants come down as I undo my buckle,
if I ruled the world, they'd accept my ways,
and the Nerdcore scene wouldn't hate on gays,
if I ruled the world, my cock would be long,
and I'd rock a lan party in an edible thong,
I'd find a genie and he'd grant me three wishes,
motherfucker, they're all about penises,
my world was perfect til I got high on meth,
and then I got that horse to fuck me to death

Recycle Bin:
Lindsey Lohan would have never lost weight,
and all the porno she was in would be great,
I'd never see a dick in a titty community,
there's other fuckin places for that kinda nudity,
my Empornium ratio would always be at 1,
no one would seed shit where the bitches weigh a ton,
FSR videos introduced by Razor and Blade,
and Zero Cool would finally get laid,
Cereal would find a pair of rollerblade sandals,
and Joey would get himelf a 1337 ass handle,
we'd all have them Japanese toilets for stoolin,
if I ruled the world, it'd be great, no foolin