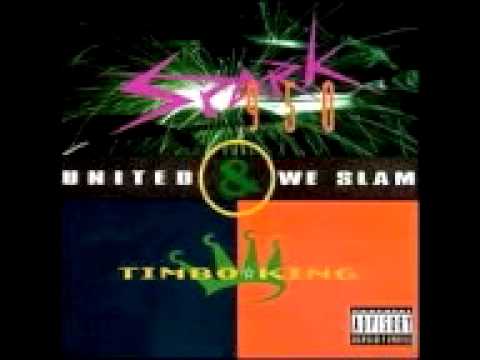 
[Timbo King]
Ice Cream Flavor, its sprinkles and chocolate
Spark gets nice, we heat and search the cartridge
Darkman, by the Bee can, he can
Can we, can, I can.. Yeah!
Don't worry, don't worry, strawberry
Mint-pep', rum and raisin 'cause he ate a plate of curry
Hurry Hagen Das or banana
Fruity fruit, tell her I'm that raspberry fella
Now ruff boom busters, caramel custards
Cockies and cream, like Canadian hustlers
Twinkle, twinkle, I wanted mine with extra sprinkles
It's my birthday 'cause you look out Mr. Winkle
Taste the ginger, mix it with the ginger snaps
Fool man, just givin you the flavored raps
Cause I'm fire, hire rhyme provider
Sour, sour, sour, you'se a liar

[Timbo King]
Great with the whipped cream, even have a cherry on top
I won't stop, I won't stop
With the fudge, I'm wicked with the walnuts kid
Because it's pizazz yo, he did the Casio
He did, he did, he did on his own
Pass me a double-cone, carrot cake and coconut
Word 'em up, got stoned... YEAH! Let me hear you scream
I scream, he scream, we scream for ice-cream
What would you do for a Klondike bar?
Would you yell, "let's go to Carvels"
Would you yell, "let's go to Carvels"
Mad play, used to pump up that peanut brittle
With a little bit of blueberry swiss in the middle
Grape nut fever, fiendin for a Sunday
Crunchy chewy chocolate, covered almonds, its a fun day!