Lyrics to I Remember Warsaw 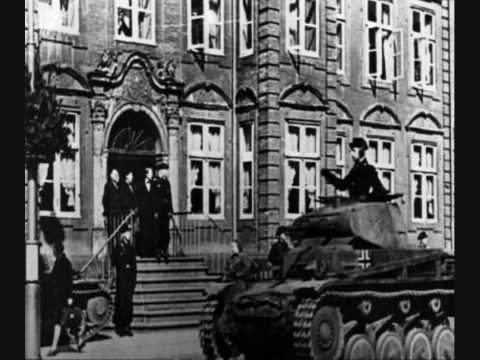 First they occupied our country, then they spread their vicious lies
Evil propaganda, filled our ranks with double-dealing spies
They cornered off a reservation and built a wall all around it,
Drove us all into this ghetto and our city'd never be as the Nazis found it

First no one believed it, just what horrors lay in store
The sound of boots upon the staircase, of leather gloves upon the door
Some of us they sent to labor to slave for them to the last breath
Most of us they sent to Auschwitz, half a million people sent to a pointless early death

There were those of us who worked with them, a desperate effort to survive
Even when our numbers were so few, maybe sixty thousand left alive
People said we had no chances; by then we all knew they were right
It was 1943 and we, the walking dead, made up our minds to fight

I remember Warsaw, we stood side by side
The Star of David flew above the ghetto; there we lived and there we died
We cleansed the ghetto of their agents, dug a maze of tunnels underground
We begged the allies, give us weapons, but empty words was all we found

So we saved each precious bottle, made bombs of rags and gasoline
And in the script of mindless carnage, we waited in the shadows for the final scene
It was the month of April, the SS came marching in
Singing songs to praise their Führer and all his Aryan kin

To see the shock upon their faces, we'd show the world on this day
We'd not go like sheep off to the slaughter; with the last blood running through our hearts we'd make the devils pay
And I remember Warsaw, we stood side by side
The Star of David flew above the ghetto; there we lived and there we died

We had taken our positions, each escape route planned
We rained down Molotovs upon them, with each retreat another stand
Yes we killed the Nazi bastards, they lay dying by the score
We made each scarce bullet count, and as the demons ran we killed some more

For one full month the battle raged and the word spread all around
That it wasn't over 'til every building had been leveled to the ground
I am the ghost of the apocalypse and these few words I have to tell
Let it never be forgotten, that for four long weeks we fought, we stood up before we fell

I remember Warsaw, we stood side by side
The Star of David flew above the ghetto; there we lived and there we died