Lyrics to I Remember 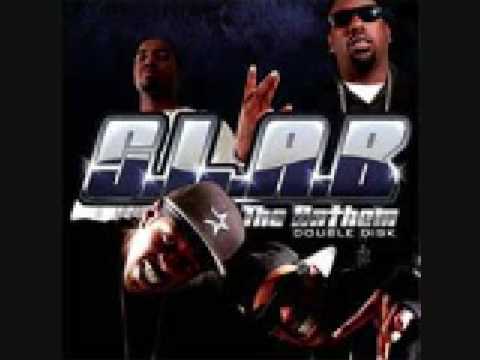 [Trae]
I find myself in a daze, sitting watching time fly on by
I tried to catch a grip, but somehow we keep moving on by
We came a long way, from playing hide-and-seek on the block
To bleeding corners on the daily, barely missing the cops
We turned to grown men, quicker than the blink of an eye
Some of us made it some of us didn't, but still we got by
What about the good times, ain't too many but I remember
Stadium Bowl, the rest of the clubs wouldn't let us in 'em
We was young, and plus our pants sag like Dubs
But we ain't care, cause half of the parking lot knew who we was
We came from riding on a bike, and graduated to a Houpe
Six deep with a grey cassette, trying to swang banging Screw
That was the days, but now we only riding with guns
Only understanding I got, is multiplying my funds
And moving slow in a drop, pass bops so grimey
Missing better days, hoping they could come and find me

[Jay'Ton]
I remember kicking it, with my niggaz in Middle School
In the hall full time, fuck class and all the rules
Late night, I was with the O.G.'s on the block
Curfew broke, but I was trying to stack me a knot
With my nigga Raw-C, Nick and the T-Head
Can't forget about the J2, and blocks we bled
Playing tackle football, while we on the concrete
In the house, imitating everybody we can beat
From the West to the North, with my nigga Pyrex
On the hunt for some bops, roaming through the projects
When I turned 16, Trae bought me a car
Four 15's, so the hood know who we are
Jay walking, so you know I'm walking it fly
T-shirt creased up, fuck a suit and a tie
Them was the days, I'll probably never see him again
So my main focus now, is for me stacking my ends

[Boss]
I was raised back in the 80's, I can tell ya bout the Smurfs
We was kids, we done traded our nurse for hard work
I can go back in the day, to playing get like me
In the hood looking for trouble, can you hit like me
I was a youngster in the street life, bailing through the street lights
First pair of G-Nike's, ask a nigga what that G like
I remember playing curve ball, and soccer
They got most of my homies chained up, in 5-by-7 lockers
The days ain't the same, in '79
Nigga was cool in '94, but now everybody walk in a shady line
25 years of keeping it real, wasn't hard for me
Living for the moment, to hit the gates for the Lord to see

[Z-Ro]
I done came a long way, from cutting class
No more ducking hall monitors, now the FED's on my ass
Grown man shit Joseph Wayne McVey, I never thought I would say
That a state jail or prison, is a place I'd have to stay
I remember Saturday morning, cartoons and basketball
Half of the niggaz I was hooping with, in a casket y'all
The streets, is a graveyard
187's every second, please watch over my days Lord
I'm nothing but a Christian, I'm down with Jehovah
But this day in time, you ain't gon make it if you ain't a soldier
So God forgive me because I'm strapped, somebody might try to do me
The real world ain't like my block, this shit it like a movie
Make me wanna travel back in time, like Michael J. Fox
To when all my people was living, and it was love on the block
But ain't nothing but the future, bout to take place
It'll never be 1989 again, so nigga fuck friends