I Don't Give A Fuck Lyrics

Lil' Jon & The East Side Boyz

Lyrics to I Don't Give A Fuck

I Don't Give A Fuck Video: 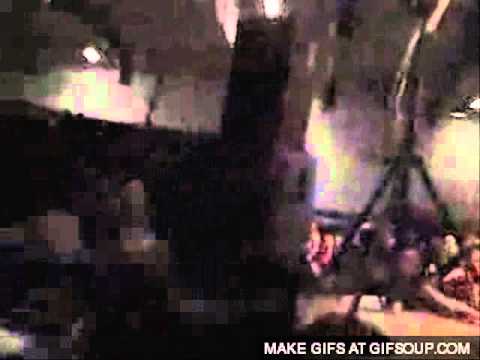 [Verse 2 - Mystikal]
Man (Man) I do this in spite, my mom ain't married, bitch I'm a bastard!
Nigga I fuck over me, you know what I do to these rappers?
They come in here huffin' and puffin' and screamin' and cussin' and bustin' me first
Nigga you betta calm yo' ass down unless you excited to see me in person,
I'm rollin' with thugs and felons ughhh, that's cuz it's on killaz,
We gon' teach you ol' punk ass niggas to respect us authority figures
Throw one of a kind boy when we be pourin' up in the club,
You're going down boy too bad fuck, we're sorry for ya,
Listen let's not to get shook,
But I ain't the one to come lookin',
Cuz all I can tell the police is, I am not a crook,
I fuck big fine bitches, my dick get hard, watch it grow,
Then gimme fine head, blow my shotgun, tastes good don't it,
Now tell me that ain't the life,
Tellin' me my niggas ain't for life,
Now tell me that shit ain't tight,
Tell me that y'all wanna be just like me,
I beat these bitches down, I watch these powers up,
Nigga you talkin' shit (huh?!) Ho you better POWER UP!

[Verse 2 - Krayzie Bone]
Y'all niggas ain't ready for this,
Muthafuckas ain't steady for this,
Cuz y'all still ain't learn,
Nigga got a 4-4 cocked, In a flick so hot make a muthafucka feel that burn,
Niggas ain't workin' wit an earn,
You stay up off my dick don't back talk my nigga finna' get up in 'em,
Back up off of this nigga, the one nigga that fucked up they set up the talkin',
Barkin' betta block 'em off the nigga talkin, sparkin',
Betta watch and dodge and nevermind me call it,
Where da thugs at up in this bitch,
Fuck a nigga up y'all represent,
Gimme some gin, gimme some hen,
Naw just gimme both and I'll mix it all in,
Who wanna take a lil' sip of this in,
Let me get ya twisted man,
We's on fire,
Don't stop droppin' dem that's a lie,
We just won't die,
We come back fightin' and never hide it or ever this time,
With venomous rhyme
So any nigga wanna get involved, what you think you can fuck wit my dogs?,
Nigga you thinkin' you rubbin' us while we're thuggin this,
Did you think you can fuck wit us, BONE, BONE-BONE-BONE-BONE,
You ready to do this the hell with the song,
We ain't gotta tell you it's on,
You know it's poppin' the glock to put a stop to the ho shit,
Y'all still can't fuck wit us and never will because,
We too fuckin' cold, too fuckin bold,
There's too many soldiers ready to roll with them god damn bones