I Cram To Understand U Lyrics

Lyte As A Rock

Lyrics to I Cram To Understand U

I Cram To Understand U Video: 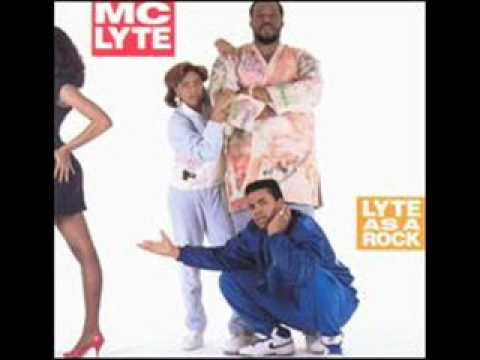 [ VERSE 1 ]
I used to be in love with this guy named Sam
I don't know why, cause he had the head like that of a clam

But you couldn't tell me nothin, cause Sam was number one
Cause to me, oh my gosh, he was one in a million
I shoulda knew the consequences right from the start
That he'd use me for my money, and then break my heart
But like a fool in love I fell for his game
But I got mine, so I show no shame
In Empire winked his eye, and then he kept walkin
And all of those who live in Brooklyn know just what I'm talkin
The roller disco where we all used to go
Just to have some fun back in 1981
You know the place, Empire Boulevard
Is where I first saw the nigga, and he tried to play hard
But I knew the deal, cause I knew his brother Jerry
And Sam, he just broke up with his girlfriend Terry
So Jerry introduced Sam and I that night
He said, "Hello, my name is Sam" I said, "Hi, my name is Lyte"
We dipped and we dapped and we chit and we chat
About this and that, from sneakers to hats
He said, "Look, I'm in the mood for love
Simply because you're near me"
(Let's go) To my house, lay back and get nice
Watch television, Riunite On Ice
I said, "Slow down, I know you wanna shake me down
But I'm not one of the girls to go rippin around"

[ VERSE 2 ]
Next month I finally went to his house
I walked into the door, there was a girl on the couch
I said, "Who's the frog, the bump on the log?
You chump, you punk, how could you do me wrong?
Singing sad songs about your love is so strong"
You said, "Wait Lyte, you're confused, the girl is my cousin"
Your brother agreed, but later she said that she wasn't

[ VERSE 3 ]
Forgot and next month we went to the Deuce
Well, I thought it kinda strange cause you had lots of juice
You knew the dopes, the pushers, the addicts, everybody
Asked ya how you met em, said you met em at a party
Then these girls tried to tell me you were sellin the stuff
I said, "It's not your business, so shut the fuck up"
They said, " Oh, Okay Lyte, think what you wanna think
But it's gon' be some shit when your man becomes a fein"
I said, "Look, to bust a move, I don't even know you
To put it Lyte, I really don't care to"
They got kinda mad and sort of offended
They said, "We only lookin out for yo best interest"
I said, "Thanks but no thanks" in an aggravated tone
"When I wanna find out, I find out on my own"

[ VERSE 4 ]
Then my cousin said she saw you with this lady named C
Well I'm calm, I thought, I wonder who she could be
You're spending all your time with her and not a second with me
They say you spend your money on her and you're with her night and day
Her name starts with a C and it ends with a k
I strain my brain lookin for a name to fit this spellin
But I just couldn't do it cause my heart kept yellin
Burning, begging for affection from you, Sam
But just like a test I cram to understand you
Thought I knew you well enough to call you a man
But

[ VERSE 5 ]
Then it came a time you started looking kinda thin
I asked you why, you said, "Exercise, tryina stay slim"
I bought it, even though I knew it was a lie
Cause it really didn't matter, you were still lookin fly
But oh no, oh no, you started askin me for money
Butter me up, beg me and call me your honey
So I gave you 2 yards, and then I gave you one more
You picked up your jacket and you flew out the door
You came back an hour later and you asked me for a 10
I said, "I only got a 20", you said, "Give me that, then"
I said, "Nope, I'll tell you now, you better stop slobbin
Find you a job, or you better start robbin"
So I stepped off with a giant step
Picked up my belongings, and I just left
And now I see you in Empire every Sunday
Juicin the girls up for some money and a lay
But every time I see you doin it, I just ruin it
Tell em how ya on crack, smoke, sniff, chewin it
And as for this girl, Miss C, oh well
I was shocked as hell when I heard, Samuel
When your homeboys told me, I almost went wack
That the girl you was addicted to, her name was Crack