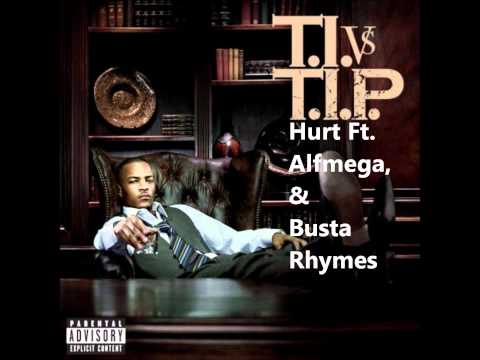 [T.I.]
Alota pussy niggas talk like broads love runnin' they mouth
But then turn and run in they house
Put the gun in they mouth, tell a nigga talk shit now
You think you think you know the go POW
I ain't scared of the law
naw I'm about to go to war what it is nigga win lose or draw
I'll never get caught murkin' y'all cuz it ain't what you do
It's what cha near and who saw
Shawty I'm way too raw
Catch me any day you want you could think I'm a play if you want
But the fact still remain if I got a AK and you don't
Well then playa you gone
Don't get me wrong there's some niggas wanna kill me too (Well where they at?)
But they ain't sayin' bout shit because they very well know where I'm at
They could catch me in the booth right if it really like that
Naw nigga that they hoe get him in the whole shit, the 44 spit they holla oh shit
Protectin' her and you both hit
You betta check ya girl or you be so sick
If the choppa leave you with no dick
Or a plastic bag holdin' yo' shit
Leave 6 in you, a couple more in ya bitch
And I don't miss 'cause I'm focused nigga

[Alfa Mega]
I got you tip
I'm finna ride homie
Fuck niggas might talk loud act real, but they don't really want this here
Pussy niggas betta act right, lay low we know where ya family live
Trust me you don't want me up in ya crib with a ski mask on duck tapin ya kids
You can pray all you want but I don't forgive
Ya shoulda been doin' that before ya did whatcha did
I ain't gotta spell it out pimp you know what it is
I'll rest you case to ya real man you know what it is
Plus I got a hundred goons with me, dressed in black
Fifty at the front door, 50 at the back
Half got K's, half got Macks
Bring 'em out, bring em out, show me where he at
We can do him right here, we could catch him in trap
Run up on his 'lac put a hole in his hat
With his brain on the dash, and his thoughts in his lap
and dump 50 more on him and tell him to hold that
Lights out, no hasta manana, hasta la vista, senora
Y tu no tomorrow, no remorse and no sorrow
And the next one a y'all niggas try me like that
I swear to God man I'm really gon' snap

[Busta Rhymes]
Right now I'ma give you somethin' that a make a nigga beg please
When a bullet in his mind I could feel a little breeze
Drop to ya knees, see the big barrel of the chrome
fifth triple grip handle in the squeeze
I keep a couple of those for the niggaz who talk shit
when I go to Jacob and cop that ring
If you try to see me I'ma cock that thang
And I'ma lock that thang, and the shots gon' stain (really?)
The nigga ride inside the truck with me (and) for the most part the nigga
stuck with me And tell you somethin' if you really were smart and you knew
better people probably tell ya don't fuck with me
Front if want motherfucka you can catch it
Smile on my face even though I got a ratchet
Pop off (police) pull me over believe I got a compartment if I gotta stash it
Must I just remind y'all niggaz when I come through
Know that I'ma find y'all niggaz take two
Bust so many shots gun powder probably blind y'all niggaz now (Ok, ok let's go)
See you don't know really wanna feel that Mossberg blow (naw)
Clap up a nigga then I cap up a nigga
When I finish it'll turn into an absurd show (listen)
Then you better observe yo
Feel the sizzle from the bullet of the glock burn slow (ssss)
Shit probably twist you up just a little
and have your body leanin' lookin' like a quarter past four
Stay down betta (lay down)
Checkin' for a nigga, come and put your body in the dirt
I don't play bitch you, really need to go the other way
If you ain't know I got it under my shirt