Lyrics to House of Cards 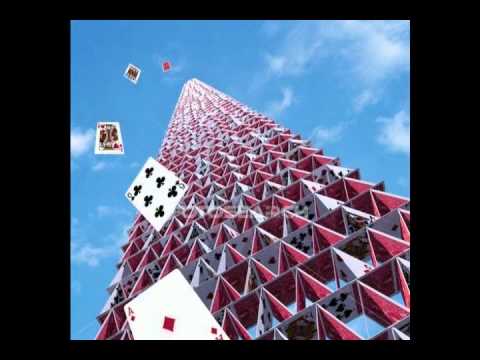 He thinks he's king of the world, but he's really a pawn
Of the corporate elite who make big money from war
They print the magazines and write the news reports
That keep us entertained and distract us with sports

There is blood on our hands; there is mud on our souls
I've had all that I can; I cannot take it no more
Lies built upon lies as wide as it's tall
This old house of cards is just ready to fall