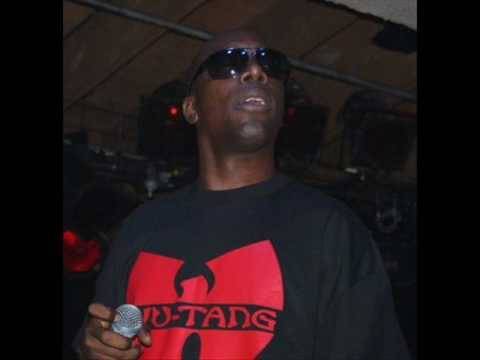 [Inspectah Deck:]
First off all, you a blog thug, YouTube goon
HOUSE NIGGA! Your food get chewed up rude

I see you like to put your world online
Ain't nobody checking for you, they checking for your girl's behind
While your homey in the bedroom, lust in his eyes
While you filming dumb shit, they probably fucked a few times
Wow, how you Slaughterhouse? You barely get a nod
I'm convict benching, daily in the yard
So I'm built like Optimus Prime, you couldn't see me
With binoculars, I'm, way ahead of you, obviously I'm
Bet at you, Deck show him how to properly rhyme
He on mine, like he didn't see the property sign
Lyrically blunt, I'm broad day, physically dump
This nigga's life's a publicity stunt
But, he think he fever, I ain't a believer
Def Jam chucked him, they ain't feel him neither
Why are you talking like the Morpheus of rhymes?
When my first shit, sold more than all your shit combined
Worshiping Tahiry's doing something to your mind
I should get your tummy tucked, just for jumping out of line
Man, really? Name me three Joe Budden songs?
Don't worry, I got time, I cut the song -

[Inspectah Deck:]
Still waiting, Resident Patient, stay sick
Basic, the truth's on, face it, taste it
Hunt it to the head, make him retract statements
My next move, probably increase your hatred
Take it how you take it, HBO Bodie
State wide ain't nobody rocking no Joey
I'm a legend, Meth let you live, I'm a set it
And I ain't on the phone but you get the 'text message'
I'm a rep til the death, with my life put on it
If it's dollars, then it's cents, then I'm likely on it
I'm deep in the pits, where the trife be on it
Only hood you be in, got Nike on it
HOUSE NIGGA! You don't see the strips
Your fuzzy house shoes underneath your bitch
And I ain't got to talk bout Gloria Velez
Stalker ass nigga, you was calling her, obsessed
Computer love scrub, think you safe behind a desk
Like we won't call Redman and get your address
Yeah, yeah, we got a problem, Houston
Eyes all swoll when the God repute them...

[Inspectah Deck:]
Like we need ghostwriting, muthafucka, we the titans
You catch your head cracked with no dice, man
Hood like the dollar van, Taliban carrying bombs
Verbal onslaught, warhawk, blowing your flag
Throw in your towel, there's no chance, load up the mag
Hold down the Shao', return home, holding your dome
Glorious king, I wish you would
HOUSE NIGGA! Couch gangsta, think you Suge?
Nah, you the fiend out, halfway house cat
Missing tooth rap, touch Deck, I doubt that
"Pump It Up" was wack, you swagger jacked "Scenario"
All that other trash, couldn't last in my stereo
Couldn't beat Lloyd Banks, couldn't beat Meth
Couldn't beat Jay-Z, what you got left?
I show you what substance is (uncontrolled, nigga), ruggedness
Like fifty ATV's, label me G
You a HOUSE NIGGA! Take your slippers off, Microsoft crook
Never seen a juks, never seen your wifey cook
Never seen you sitting with your seeds reading books
Wanna show the mass, that ain't work, so you sold your ass
Showed the world you lame and no control you have
You Google MC, your feet the only 'sole' you have
Act like you strong in the pits, up north
Get your manhood took, right along with your kicks
Like you got it going on in The Bricks, nigga please
Only ones know the words to your song is your kids
And this here, won't even boost my career
This is kid's stuff, plus your name ain't big enough
I said 'fuck it, I'd do it for fun'
Have 'em like 'Damn, Deck, why you do it to, son? '
Cause he, stupid or drunk, loose with the tongue
Plus fronting like he want it, should of knew what become
Ask around, who dispatching the raw, throw our name on the scale
My side probably crash to the floor
Cause I'm heavy like the classic Ford, before I fall
I will shoot, stab, kick, bite, scratch and claw
I mean fistfight, grab and all, I'm a get like
That's for sure, I'm a give right after the brawl
Small timers, too late for you to come up
You won't get a name off me, you get done up
HOUSE NIGGA! You don't get your hands dirty
They don't respect you outside of Jersey

[Outro: Inspectah Deck]
They don't respect you outside of Jersey, man
Nobody fucking knows you
You trying to disrespect the legend
We king size in this shit, man
Understand that, I go to muthafucking Germany
Japan, Honolulu, France, Ethiopia, Croatia
Niggas know my muthafucking name
Who's you? Who's you?
They don't respect you outside of Jersey
Bow down to the face of greatness, muthafucka
Yeah, you better recruit everybody
The war is on, nigga, the war is on, nigga
Johnny Blaze, you know I got you, man
This nigga is fish food, straight up fish food
You wanna swim with the sharks?
I'm waiting for your response, nigga
Five minutes long, next time I'm a give you eight
A dirty eight, straight to the face
Holla back, nigga