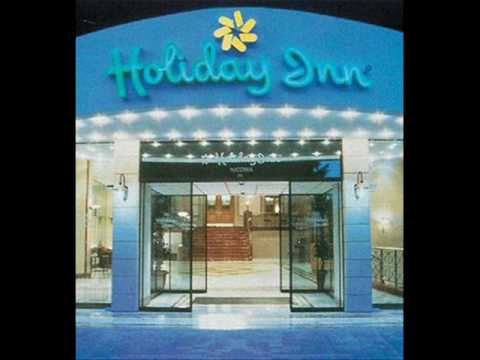 [Intro: Snoop Dogg]
Bomb ass pussy
Ma ooh you got that bomb, know you got it

Ma ooh, you got some bomb ass pussy
Ma I know you got that bomb bomb pussy

[Chorus: Snoop + (Girl)]
(Whachu doin?) Nothing chillin at the Holidae In
(Who you wit?) Me and my peeps won't you bring four of your
friends
(What we gon' do?) Feel on each other and sip on some Hen
One thing leading to another let the party begin

[Chorus: Chingy + (Girl)]
(Whachu doin?) Nothing chillin at the Holidae In
(Who you wit?) Me and my peeps won't you bring four of your
friends
(What we gon' do?) Feel on each other and sip on some Hen
One thing leading to another let the party begin

[Verse 1: Chingy]
Peeps call me up [phone ring] said it's a ho-tel party
Just bring the liquor there's already eight shawties
I'm on my way (way) let me stop by the store
Get a 12 pack of Corona, plus an ounce of 'dro, ya know?
Now I'm on Highway 2-7 need a natural graze road
I'm already blowed, hit third I'm a be be blowed some mo'
Pulled up, stop parked, rims still spinning
Valet look like he in the game and must be winning
To room 490 I'm headed, on my way up
There's three girls on the elevator like "wassup"
I told em follow me they knew I had it cracking B
One said "ain't you that boy that be on BET?"
"Ya that's me, Ching-a-ling equipped wit much ding-a-ling"
Knock on the door I'm on the scene of things
Busted in, Henny bottle to the face!
F**k it then, feel like my head a toxic waste
There's some pretty girls in herre, I heard em whispering
Talking bout "that's that dude that sing 'Right Thurr' he
glistening"
I ain't come to talk (talk) I ain't come to sit (sit)
What I came for was to find out who I'm gon hit, aww shit

[Verse 2: Chingy]
Ma showed up like "what's the hold up?"
Man know what get them wraps and roll up
I took a chick in the bathroom seeing what's poppin
You know what's on my mind, shirts off and panties dropping
Niggaz knocking on the door drunk, and silly
The girl said "can I be in yo video" I'm like "yeah!", "oh
really?"
Now she naked strip teasing, me I'm just cheesing
She gave me a reason to be a damn heathen
Handled that, told ol' G, bring tha camera
Then I thought about, no footage while I ram her
Walked out the bathroom smiling, cats still whiling
Sharing the next room wit some girls lookin like they from an
island

[Verse 3: Ludacris]
Stop, drop, KABOOM!, baby rub on ya nipples
Some call me Ludacris, some call me Mr. Wiggles
Far from little, make ya mammary glands giggle
Got 'em under control, the bowl of tender biddles
Doc-tor giggles, I can't stop until it tickles
Just play a little "D" and I'll make ya mouth dribble
Bits and Kibbles, got 'em all after the pickle
I swing it like a bat, but these balls are not whiffle
Hit 'em in triples, wit no strikes, stripes, or whistles
I ain't felt this good, since my wood lived off a thistle
Sippin' some ripple, I got quarters, dimes, and nickels
For shizzle dizzle, I'm on a track with the Big Snoop Dizzle
Let the Henny trickle, down the beat, wit a ghetto tempo
I done blazed the instrumental, laid it plain and simple
Getting brain in the rental, I done did it again
My eyes chinky, I'm wit Chingy, at the Holidae In

[Outro: Snoop Dogg]
Yeah, let the party begin, bitch
Ching-a-ling Ling, all the way in St. Louis
My nigga Chingy, Disturbing Tha Peace
Luda, Luda, going hard on you hoes
Yeah bitch, bring four of ya friends
Meet me at the Holidae In
Bring a gang of that Hen, some DSOP
Oh wee, and light that sticky icky
And we gone do the damn thing
Now what I'm talking bout
We gon' disturb the peace right now
Yeah we ain't doing nothing but chillin
We chillin' and nuttin'
Know what I'm talking bout, so push the button
You know what's happenin', fa shizzle, uh huh
Yeah bitch, trying to run from this pimpin'
You can't out run the pimpin' bitch, I done told you