Hard Not To Kill Lyrics

Lyrics to Hard Not To Kill

Hard Not To Kill Video: 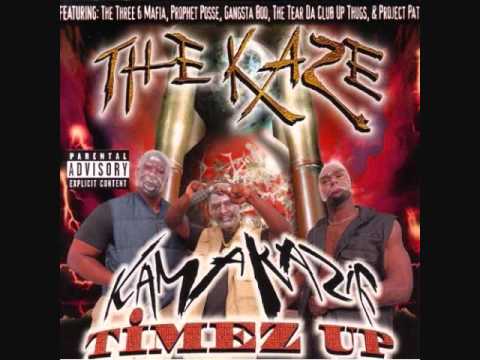 [Lord Infamous]
Me and my nigga had plenty a blunts and we had to get a half G of that Henn
I swerved up into the damn liquor store
law hides, fucked up, I'm droppin' my yak in the stash pot
Forever it took the shit seemed
cause the trick most had sweated me full of the D
I was searchin' my pockets and then I heard poppin
to run out and see that my nigga was bleedin'
Is was Indo G and MC Mack and the Lord in bomber
Hummer rollin' with the gun and Pat
Finna fix these fools up a little snack
toss a few Pat, cuz, blow 'em up off the track
They was talkin' shit the other day
Now the Prophet Posse got and offer now they gonna turn away
And the goddamn vomit out the stomach
Servin' one, the Scarecrow servin' Henn at the cemetary
I was sippin' on the brew, hittin' two true,
smokin' on the crew, got a call from the damn fool
Said he had the Three 6 held hostage
tryin' to get a blood pool spread on the evenin' news
Then we round up the squad got The Maf and The Kaz
We loadin' up the cars with the hollow tools
And we comin on a run through the yard and a nigga gonna knock
Triple Six wanna pop it at you
Now we've got half way over the back of this four stories 'fore he fall, ten story drop
Nigga wanna cross me, better get a sponge to wipe up your mangled-ass body
You better bring some danger toys
when you fuckin' with the Mafia boys
Don't war wit' is we be causin' a scramble
We blowed out your candle, and we come out victorious

[MC Mack]
It's seems that every fuckin' day I seem to dwell more by myself
My competitors run, when I cock my gun, I blast 'cause I'm forced to live by my rep
My Killa Klan Kaze, like the Nazi's, 'cause we takin' you for hostage
MC Mack, ho, be my street name, 'cause I'm cliqued by Prophet Posse
You can't stop me so just watch me, left you spooked 'cause I flashed your set
Too many muthafuckaz that know my face, but I din't know them, so I sport a vest
Don't test my thugs, gon' show no love, remorse ain't in me, don't fuck with scrubs
Get shot and robbed, 19 pull the trunk down point beam, dump those buck shot slugs
Consist of killaz, cofins fillers, sign your soul to my dotted line
Renig your sins and the death in the end
Tombstone red, young nigga was blind
Tryin' to see me, you can't be me, so just flex on the other directions
If the milli miss ya, hollow points'll hit ya, in other words you fuck with no protection
Smith and Wesson, go you stressin', tape his mouth up while he's restin'
Put them yawk thangs to his dome, when he awakens, bet he with Satan
Life was taken, death you facin', hollow points, they got you racin'
Caught you slippin', like a magician
On your ass, spray this nigga, WHAT'S UP!