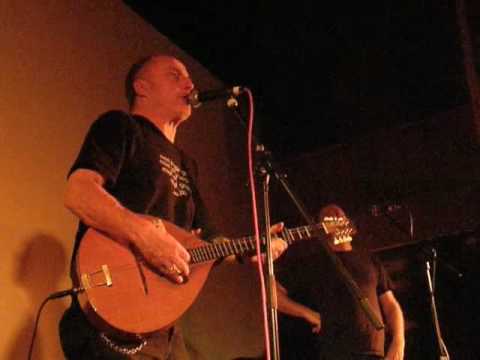 While I wrote this song I was, as well, as angry as hell about what Blair was doing, licking Bush's bottom! The table (it has a brass plaque) is in the Mother Shipton Inn, Knaresborough, North Yorkshire, England. In case you didn't know: Guy Fawkes tried to blow up the Houses of Parliament in 1605, giving rise to the old anarchist slogan: 'Vote for Guy Fawkes - the only man ever to enter Parliament with honest intentions..'

Aneurin Bevan, your party is dead
And the time for a new one is nigh
Will the last person Left please turn out the lights?
New Labour, just fuck off and die.

They won't be caught up in the carnage
They'll be pontificating right here
Their kids won't be Iraqi conscripts
Moved down while they're shitting with fear
Saddam was the Yanks' chosen ally
On a whim, they now say he must fall
So they'll carpet bomb defenceless soldiers -
But that's not â??mass destruction' at all....

I'm sitting at Guy Fawkes' table
As Bush and his muppet connive
And I'm filled with unspeakable anger
And I'm thinking of 1605
One message, Dishonourable Members
Who endorsed an illegal attack -
No, I don't want to bomb you like Guy did
But I'd love to send you to Iraq.

We need a new socialist party -
But not the Judean People's Front
Not another small sect, but a movement
With the power to change and confront
We need an electoral system
Which gives every voter a voice
'Cos we're fed up with voting for traitors
And we have the right to a choice!