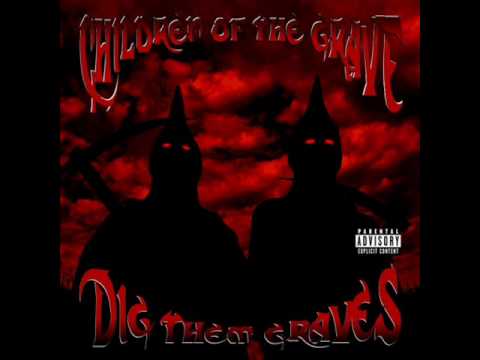 Grab the gauge, full of rage, 'cause the bullshit you started,
Put your vest on, bitch, and watch; I'll aim for your head.

Get your shit together, nigga, before your body be dragged,
Leave you stanky like some panties in a fat bitch's ass.
I'm kicking with top-notch, moving over for my class,
Something in me forever burning like Jehova harrass.
Motherfuckers on my street, we be 'bout making scrilla',
M.P.D. hop on the scene, we be vamping, my nigga.
If you ain't from Orange Mound, acting like you a killa',
Stick your chest out like you hard, yo, give up, they gonna miss ya.
Niggas don't get the picture, I tell 'em time after time,
Can't stress that shit enough, not even up in my rhyme.
So I stay cool; when a pack a niggas, cock my nine,
Get stupid if you want 'em, so anxious, I hear you whine.
Protect your shit; most of you niggas be faking,
Bitch, I'll jump on you like grease and jump on you when you fry bacon.
Don't play no games, M-Child'll leave your shit wet,
Like a pussy that's been fucked, Georgia, you can't forget, yeah.

I be looking like a possum, I walk the streets at night time,
Taking back what be mine, put that shit in my rhyme.
M-C-H-I-L-D, a Memphis, Tennessee figure,
I'm a ghetto-type nigga, fuck one, pull back the trigger.
If a nigga talk shit, and it ain't even worth it,
I'll stick a beer in your ass and won't think twice about it.
But if a nigga get me, this rapping shit won't stop,
The lord'll have me up in heaven bumping out with Tupac.
Until the fucking row blows, I'll treat you niggas like hoes,
The only thing that you can do with rhymes; startin' wear some panty-hose.
Pockets so swole, rocking shows, I know my roll,
Mad enough to knock your ass up side the head with a phone-pole.
And if it get krilla', gon' dynamite I toss,
I'm the motherfucking boss your punk ass, settle for loss.
When I cross your path, you won't laugh, you'll be scared,
I'll crawl up in your head and talk some fusion, now you dead.