Lyrics to Gotta Believe It 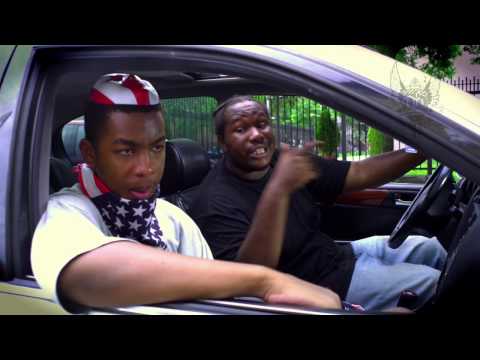 [Chorus: Just Blaze (Saigon)]
Whoa-ohh, we keep risin to the top
Whoa-ohh, and keep eyes out for the cops
Whoa-OHH! And that's what it's gon' be
Whoa-OHH! Cause you ain't gon' stop me
They got you workin two jobs tryin to make ends meet
You just tryin to keep yo' kids off the street
You gotta believe it (best believe if you dream it)
Oh, you better believe it (you too can achieve it)
Uh-oh, they got you locked in a hole, 19 years old
Ten years, no chance for parole
You better believe it (that's right, tell 'em again)
Oh, you gotta believe it (after that, tell a friend)
Ohhh-ohhh

[Saigon:]
After the sunshine come the rain, after the fun time come the pain
I often wonder if it's gonna change
I caught a bad case of Smack-a-Bitchy-Itis (what happened?)
I came home, my wife got my daughter in shitty diapers (damn)
The rice is still raw, and the meat is still frozen in the freezer
I hate that I'm too close to her to leave her
Either I hit the street to do some pitchin, knowin these dudes is snitchin
Or die tryin to make it as a musician
My livin condition is not in the greatest position (nope)
And nah I ain't bitchin, I just gotta make a decision
Should I breeze past, hop out in a ski mask
Rob everything movin and cruise in a G-Class (vroom!)
But keep writin the heat that the street like it
Young'uns is recitin my lyrics, so keep bitin
Y'all niggaz thinkin shit is easy, it's hard
One thing I know I'm a do is keep believin, keep believin in God

[Saigon:]
After the fast songs come the slow, after the sad songs come some mo' (mo')
This is the life I have come to know
Police is in Marquis', Chevy Caprices stroll
The young hood boogers idolize Keyshia Cole
The rap figures throwin money in the air like it's pizza dough
People in the hood ain't eatin though (though)
I tried to help the labels see the vision
But they lowered me to a subdivision, you gotta be fuckin kiddin
They'd rather me pretend to be somethin I'm not
I'm the new Public Enemy, I'm different than Yung Joc
And nah, I ain't dissin, this nigga's up in the Forbes
Shit I ain't made a dollar tryin to rap for the cause
But in these next four bars, I'll tell you about maleviolent laws
They enforcin on North American shores
Dawg, if they could have rifles on their farms
Then I don't see why they knocked T.I. for tryin to bear arms

[Saigon:]
Tell 'em wave at the artist, I feel like I'll make it regardless
Don't forget I'm the ex-con that made it the farthest (yup)
Until the day that I lay with the martyrs
Or until the day I'm parlayin, playin with my sons and my daughters (uh)
I'm a remain the smartest, hardest workin nigga in the business
Just Blaze, can I get a witness? {YESSIR!}
See that they probably get it if I come out and flop
Get dropped, go back to my block and get shot (pop)
As they puttin my body in that life-size Ziplock
Then you'll be sayin "Damn, Giddy died for this hip-hop"
Or maybe it'll tell you to get locked
To another 20 in the rock for them to give me my props
Whatever the case may be
You do a census on who is the sickest lyricist, they say me
And that's without a album out, y'all rated me
I drop one and I'm a bow out gracefully