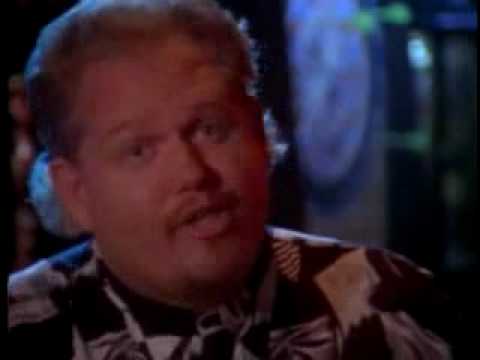 She's been playin' them low life honky tonks for thirty years in Texas.
She's sick and tired of all them Reba songs they keep requestin'.
She's about to lose her voice, her hair's fallin' out and ain't nobody clappin'.

So she think's she'll shape her head, buy a boom box and just turn to rappin'.
She can't keep up, with them country healthers,
Gonna learn to shake her boobies, just like Salt N' Peppa.

Well, he never was good at suckin' up to all them country disc jockeys.
It seemed like dag-blammed week, then some new hat act bumped him off the Opry.
He had to sell his bus, his house, his cows: ain't had a hit since the sixties.
Well he's fed with hearin' about: Travis, Garth, Tim McGraw, Collin Raye, Billy Ray Cyrus, John Michael Montgomery, and Joe Diffie.
He saw Johnny Cash on MTV,
Bought a new new toupee, said: "That's the place for me."

Oh well, he moved up to Nashville, had big dreams of being a songwriter.
Ha ha, 'bout the only things he's written down lately are some orders down at Brown's diner.
If everybody's gone country, like Ali Jackson says,
Gonna move to Los Angeles and buy him a drum machine.