Tales Of Avalon - The Terror 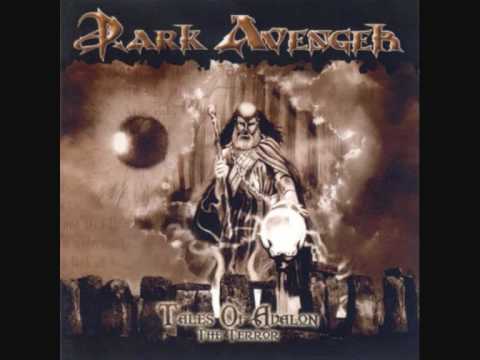 [Dark Avenger]
- O tides of time, whose waves my eyes are unfold, waft these ships through waters only thou hold. Who art such warriors cloaked in darkened pest, and the armoured one who stands tall at the crest?

[???]
- It's Caesar who came to this land with all his greed, killing the faith, the wood and the priests; the land where the stug still ran free, spoiled by hands about to steer. The little threaten with visions in his dreams, but the roman was much too mean; his standards with winged golden eagles, were guided by the hands of a wicked seer.

[Iulius Caesar]
As the ship sails across the sea wind blows through my hair whispers words within my ears but there's a voice instead this dream comes and goes it seems a deja vu to me all the battles I have fought all the destinies my deeds will ever change will ever change? I hear voices they course my fate keep saying don't come to the land where the stug still runs free don't you come to the land! or you might repent you and your golden eagles won't succeed should I listen to this warning should I take it just for real? should I keep going forward or follow the path of my heels? so Seer, tell me more what it really means to be is the isle I have sought always in my dreams at the reach of my hands? reach of my hands? I guess when the voices will cease from saying don't come to the land where the stug still runs free.

[Old Seer]
"Oh Caesar, roman eagle why did you come to me this poor old seer?

[Iulius Caesar]
Someone is calling, call out my name

[Old Seer]
Caesar the eagle will fly again for the last time across the sea, and the isle you aspire to is the answer to your dreams; in the darkness sleepily walking all the visions in your dreams... see a bare boy running in a forest naked and horned, blindly bold; in some arms blue serpents sister and brother fall in love; in the darkness I see water and inside it one sword; thousand voices crying for revenge I see crosses, I see blood; see the White Queen's vows painfully broken by a dear friend not a foe; in the darkness I see glory I see evil I see a woman alone"

[Iulius Caesar]
March on, march on roman eagles march on cross the bridge of my thrills and make the dream come true this dream that comes and goes won't be a deja-vu again and the battles we will fight all the destinies my deeds will ever change no voices will stop our fate no matter if they say don't come to the land where the stug still runs free we are going to the land and we won't repent we are the Golden Eagles you will see we are going to your land so you will be bend to our Golden eagles you will see.