Give Up The Game Lyrics

Children Of The Corn

Lyrics to Give Up The Game

Give Up The Game Video: 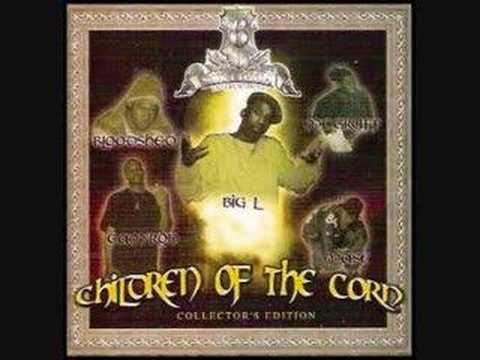 [Bloodshed:]
Under passing the bridge
In my Yacht under looks my Mahogany crib
Models from Germany is serving me ribs
And shrimp scampi, give up this life, nah she can't be
Serious, she must be delirious
Weed in pals, rippin' aisles, sippin' Cristal
The kid is rich now, treating every girl like a sleaze
Puffin trees, overlooking the waves of the seas
Visualizing Gs, and M3s, and so much ice I could (Freeze)
Wait hold up (High), I gotta blow up (No doubt)
And get my dough up, the life of the stallions
Dining with Italians, discussing hundreds of thousands
Miles of poison that'll have zombies roaming your housing
Complex, my own mob sending me bomb threats
When I retaliate with convicts they set be all 'pet
Stress, I'm feeling depressed, puffing the sess'
Hoping success doesn't lead to an early rest
Feds knock down my door like it's a robbery
Subjecting me to give into bribery
Preaching it's no survive for me
Spies putting bombs in my whip
And it makes me wanna flip
But nah I ain't going legit

[Cam'ron:]
Yo, I'm a run hysterically
Until they bury me, count numerically
Hills of Beverly, with more Grands then Cherokee
Presidents like Eric B, and Rakim
This drug game, I'm top ten, locked in
Right now it's not an option
Cause I live fast and trife (The shit don't last for life!)
But right now, all this cash is nice
I know the tactics kid, you see what kinda mac this is
I ran through mattresses, hittin' models down to actresses
And other places blown my brain
I went from shooting that dope, to snorting that 'caine
The caviar, where they pourin' Champagne
With a dame, no shame, see I'm bouncing to my mountain
Front of my fountain, looking astounding
Stacking all these G's I'm counting
That's living lavish, am I right or wrong
Killa's like the Father Don, eating meals like Veal Parmesan
With linguini, fettuccini, chauffeured in my Lamborghini
Bitches see me, looking creamy in my Sergio Tacchini

[Cam'ron:]
So any beef kid here's the remedy
No Diggity, and if you ain't no kin to me
I tell you now, I bust off like Yosemite
Girls I got the knife game, I'm trife, lame
I slice brains, drinking Night Train
Cutie pie with the iced chain
I'm caught up in the succession
Of getting bucks in, and pulling ducketts
My times are harder than construction

[Bloodshed:]
Well it's the Willie with the bucks in the game
I think back to the days when my gang used to ride the trains
Snatching pocketbooks and chains
That's what played in my mind frame
To turn into the crazy scuffling and hustling type
All though I'm living the life
It seems like times is getting more trife
Yo, it must be the money
Rolling up a twenty, sniffin' coke
Thinking what it's like to be broke
Nah, I just couldn't see it
I can't choose a route that's scenic
Having cash is too convenient
Cars, gold bars, the whole nine yards