Get Them Out Ya Way Pa Lyrics

Lyrics to Get Them Out Ya Way Pa

Get Them Out Ya Way Pa Video: 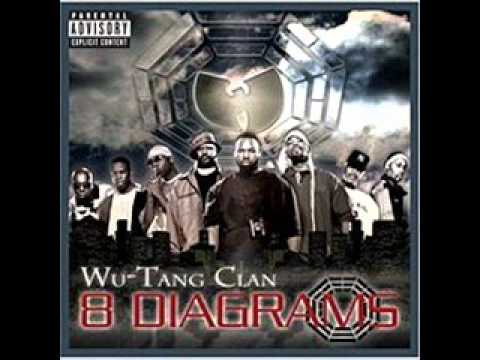 
[Method Man:]
Ain't no shook in 'em, Pyrex pots is hot, fiends is cooking 'em
Little niggaz hugging the block, cops is booking 'em
Women hugging they purse when they spot the crook in 'em
Back when little J got shot, pops was whooping 'em
Little noses dripping with snot, ock, now look at 'em
The ghetto got a hook in 'em now, drugs, stay pushing 'em
Used to throwing dirt in these blunts, now, it's kush in 'em
Used to tell these chicks to shut up, now, he's shooshing 'em
Get cash, get that ass, or put a foot in 'em
Iron Flag, flag that cab, Bedford and Put-e-nam
There ain't no puss in 'em, dick, dildo, or gush in 'em
Niggaz still got that juks in 'em

[U-God:]
I'm seduced by the chrome, it's a ruthless poem
It took a little time to get his juices going
Producers know him, as the kid with the Iron Palm
Righteous hammer, examine the firearm
Approach or get fired on, permanent chest scar
Empire Strikes Back, check out the Death Star
Bless y'all, wet y'all, do the impossible
Where I'm from, we use dum-dums in the arsenal
Highly sparkable, get stretched off the knuckle check
Known to scuffle, I take it to the upper deck
Universal conquest, kung fu, buckle vets
In a dufflebag, max yo, a couple techs
Give 'em ear hustle, Wu brand, we programmed
Next time we dance, it won't be a slow jam
I fear no man, son, you get lynched up
Nigga bitch, get Frankenstein stitched up

[Masta Killa:]
Yeah, voice skipping off percussion
Give it to 'em how they love it, slow flow, deadly, beloved
All praise, the daunting, calm yet
So alarming, without a word being spoken
A thought with no voice, just a nod and a look
The contract was took, straight cash, off the books
A major pawn took a Don, look, he's armed
With a few black rooks from the heart of the Crook
Shook ones look while they hung him on Hercules hooks
They found his body near a shallow brook, escaped on foot
Switched the look up, out of state, he got the hook up
The flipped cake, thought lighter than the feather
Yet heavier than weight, when my mindstate starts to break, take cover
Over RZA instrumental, I'm damn near invincible, it's simple

[Outro: kung fu sample]
Tell me, what are they like?
They got holes in the top, five round holes
While I was watching, this stranger, hit them
But his fingers went right through the bone
So then, they've... mastered it
It's some style of kung fu, you know it?
The Skeleton Claw