Get Out Of London Lyrics

Lyrics to Get Out Of London

Get Out Of London Video: 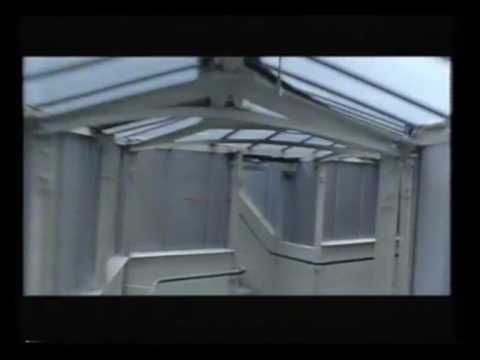 Ring on the bell says it's half past eight
Kees on the TV, hey i'm gonna be late
I'm walking on the pavement skipping all the linesÃ?Â
so the bears don't eat me send me to the saltmines
Get on the bus but the bus don't stop my feet are sitting downstairs my head on the top
I can't see out the window cuz there ain't no sun
I think somebodys tellin me to G-G-G-G-Get out of London

My feets keep movin and i don't wear any socks
Can't stop singing, head ting-a-lingin
Left my house, now I hang out in a phonebox
Making coffins out of bits of old wood,
Sell 'em cheap to the council though i know it's no good to be a traitor,
collaborator, still i'd rather be a snitch than a cocktail waiter
Commit my crime now pay my penalty later
Okay allright i know i'm doin wrong but save it till tomorrow got to G-G-G-G-G-Get out of london

Last night I lost my purity it started with a kiss, I settled in to revel in a night of bedded bliss
I had a bee in my bonnet, a tiger in my tank
I was on my maiden voyage but my liner just sank
They call me jack of hearts, some would say a knave
My mother was the queen of tarts my baby was a sex slave
Pa's selling weapons to the Red Army Faction
I burn myself in public just to get a reaction
Tattoo my face so my race is run
My car is on fire got to G-G-G-G-G-Get out of London

Don't wear a suit don't wear a smile,
Don't wear my spikes out on the golden mile
Keep my hand on my gun, keep my eye on my mines
Keep my heart on the beat when i'm running through the front lines
Chain Gang chasin' me but I'm quick as a fox
An' i rock my body to the sound of the box
the louder you scream the faster we go
It's an ack ack battery a boom-boom-boom
Helter Skelter flattery coming down soon
Pay packet, jug drug, babies buying fun,
Purdie's on speed I got to G-G-G-G-Get out of London

Run don't walk keep as straight as a crow, I'm waiting for my treasure at the Admiral Benbow,
Blues in my pockets, Reds in my bed, the weights are building bodies and the blacks are pumping lead

A Face in a photo, the beauty is bare tears on her cheek
She's living in a nightmare turn the page to a brand new leaf,
Resolute swagger loot time to be a thief,
Go to task wear a mask four ponies a ton,
Keep out of Sing Sing got to G-G-G-G-G-Get out of London

Everybody in the land turn into a sugartooth beg like a puppy dog,
Brains like a hedgehog
Gimme Ten PÃ?Â and I'll tell you the truth, sell you a wonder drug, elixir of youth
Threw a party for my friends so they wouldn't be lonely
They wouldn't let me in said it's membership only don't worry bout me
Cuz i'm doin fine standin on my head
And sittin on a gold mine
Keep taking the nitro three times a day, Keep out of the cross fire and G-G-G-G-G-Get out of London