Jones In Ya Speaker 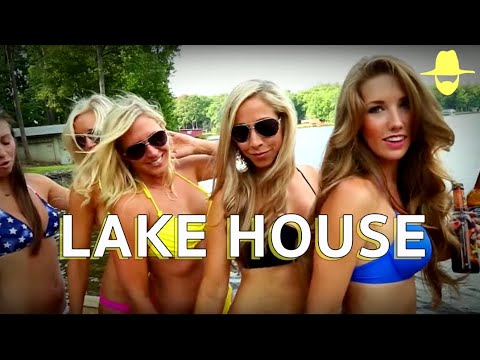 Decided I want it camouflaged and took it right back
I'm bumping Jones county and it's loud and clear
Now you can't see me coming but you can damn sure hear
There's plenty of room to recline in my crew max
Cowboy leather seats and titanium packed
Now that's 50 on the truck, customize another 50
[?] could have bought her bid me
Now you can tell a county boy ain't scared to drop a stack
Rednecks blowing paychecks to be exact, uh

To all the redneck women that bathing in mud
Ain't nothing hotter than a country girl that don't give a what
And they come in every size, triple X to [?]
But every girl looks better in a rebel flag bikini
You think she's hot, now wait till you see her drive a doolie
With a 12 pack of honeys in the bed [?] Jacuzzi
Complete with LED that turn purple and blue
The colors move with the music and the girls do too
Now they all getting drunk, drinking straight out of a picture cone
[?] shake it like a polaroid picture maker
Hillbilly drew like he's in the first grade now
Everybody's following, they started a parade, uh

And if you think it's silly for country boys to bust wide
Don't you take a trip on down to mount [?]
Crawling rock in the [?]
Instead of judging covers of books, come experience it
Don't let the flags scare ya, we won't hurt a fly
But threaten the wife and kids then you gotta die, yeah
Family comes first, we consider God our member
That's why we decorate a tree right around December, uh

Catch on delivery, don't write me a check
If Demun don't get dollars he ain't rocking a set
And I ain't with the merch cut unless you told her to count it
And fitting in the paper work, don't ask me about it
If your drunk buddy's thinking bout grabbing a shirt
Tell him check my track record, merch snatchers get hurt
Pretty sore grill scattered over the map
And I ain't even tryna brag, that there's a fact
But I don't want trouble, I'm just tryna sing
And let the world know how a county boy does his thing
Take care of my girls, make mom and dad proud
Hit the stage like a beast and the crowd screams loud