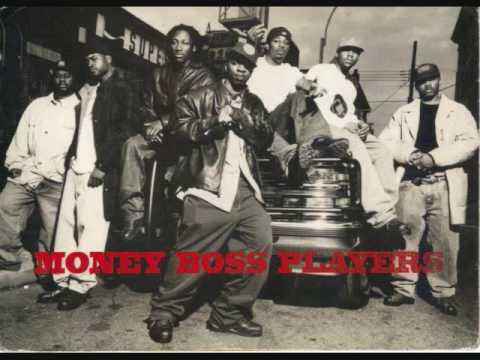 Man, you sure you're gettin money, B you ain't gettin a dime
Y'all niggas is petty crooks, snatchin chains and pocket books
Who you been wit? (Jive ass, money-go motherfuckers)
In this ghetto jurisdiction, some niggas are solid, while others are
science fiction
Well respected, I'm connected to the roots and the trees, me familia's
thick
Flippin ki's, dangerous, stay on top of broken ank-les
Kickin ghetto wit spang-les, so all places new to the game
MVP's down to earth, niggas talkin 'bout ki's
They gotta grab theirs first while my crew sittin
sippin Cristal, puffin spinach in my villa
Money Boss nigga, bigger than your biggest coke dealer
We be the outspoken, no one hoes like calibre
Metal like Metallica, so cock your Mac 11's if your wit me
You ain't sellin shit and you ain't doin shit
You kills me, coke's is steppin stones to big cars and homes
Impress me and buy a half brick o' D
Uptown NY, makin MVP's

(There's only three ways out, so how you wanna play?)

If it ain't real, it ain't right
Grown men playing teenage games
Don't gotta say no names
Musicians wanna be gangstas
Gangstas wanna be musicians
Two sides on all positions
So be what you witness

My everyday, seen a pocket full of green
As the sun beams on the QB and make it gleam
C notes and half Amir's, break off and rubber bands
Jump and touch a class window, blacked out, black era
Is there a common wealth? Twistin up a 20 for delf
If your AG's then seize my peeps with the wealth
All players, big willies, big spenders and hustlers
Dice game, Five-0 break it up, wanna ????
Make some moves with this crab nigga
I knew he was a fake nigga
Got knocks, snitched up, switched up
Started turning state, caught a case
and I thought court offenders make the best story sayers
Money Boss Players

So you's a hustler, you ain't a hustler, you's a gangsta
I bet'cha, and if you had cash would I sweat'cha?
You're buggin, my street dialect ain't soggin
Absolute, no jive, aiyo busters start in five
Don't fuck with them and those cos they shallow
Chocolate weed be on my breath coppin Nike Air apparell
Comin thru blocks, rippin shit up like a vandal
We all can't play, some of us face sport and Kangol
Roll dice, I'm nice, sippin half pints of courage
I heard, sellin coke is the only way to flourish
If the God ain't got it, the God ain't spendin
Po' niggas still po', them niggas they livin splendid