Fury In My Eyes/revenge Lyrics

Lyrics to Fury In My Eyes/revenge

Fury In My Eyes/revenge Video: 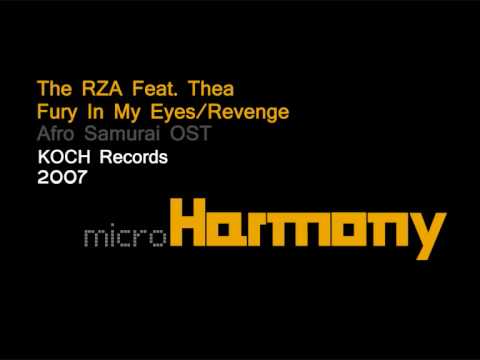 [Chorus: Thea]
Oh whoa, these tears that I've had
They here, have no, word

Then roll, each time each pain
I fell insane

[RZA:]
Fury in my eyes, sword on my side
Escape death to become immortalized
Afro on my head, the black Samurai
Number One, I bring a whole nation alive
I'm the leader of the Clan, you can tell from the headband
Spirit of God, become one inside man
Except all challengers, leave 'em in bandages
Sword won't ceist til my enemy vanishes

[Chorus 2: Thea]
And so your tables have turned
Only now with you and I've burned
Were these sweet memories?
In the rain

[RZA:]
Yo, I'm the master of disaster, no one swing a sword faster
I warned you, the'll be tears after the laughter
Now I'm 30 years, after the rapture
War blood will be spilt, we start a new chapter
Fury in my eyes, sword on my side
Afro on my head, I'm a black Samurai
Number One, I bring my whole nation alive
Escape death, to become immortalized